Order of the day

The Lebanese Army Commander in Chief General Joseph Aoun delivered the order of the day to soldiers as follows:

In a multitude of crises encompassing the national, political and economic levels as well as our livelihood, the anniversary of independence passes laden with pain and hope. Pain from the situation we are going through and hope of getting out of the crisis and overcoming it so that Lebanon can return to its normal status.

The confidence of the Lebanese and the international community in the military institution is the inevitable result of your performance, sacrifices, and efforts to end strife and preserve civil peace. For you stand at equal distances from all parties, thus representing the unifying center around which all the Lebanese gather.

Confronting the Israeli enemy through readiness and vigilance on the south borders, chasing down terrorist cells and eliminating them, being deployed on the northern and eastern borders to counter smuggling operations, coupled with the complexity of your tasks of maintaining security at home and contributing to the security of lives and the development of society, have all consolidated the foundations of independence. Hence you were up to the great national responsibility entrusted to you.

The form of coexistence is safeguarded by conscious minds and watchful eyes, just as the permanence of independence is protected by the blood of the martyrs and the wounded and solid will. Remain as I have known you, no matter how grave the difficulties, strong men true to your oath, loyal to your country. 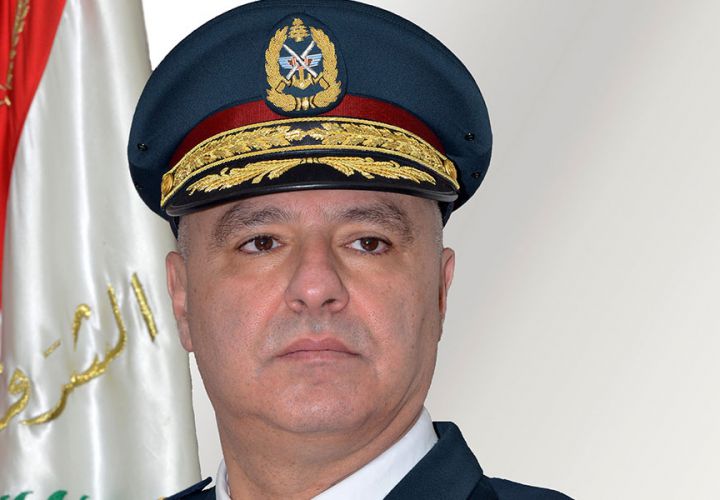