Discussions during the visit covered the cooperation relations between the two armies and the Lebanese army. 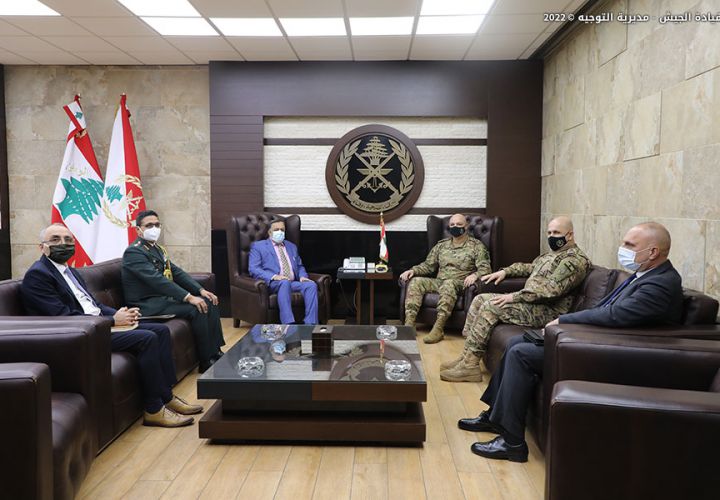