The emblem:
The emblem consists of a shield and a helmet symbolizing strength and protection, as well as of two crossed canons denoting the power and efficiency of the fires, inside a blue circle alluding to the traditional color of cavalry, and a brown background representing the color of the soil reference to the attachment to national territory, the whole topped by the regiment name.

Date of establishment:
The 1st Armored Vehicles Regiment was established on 01/07/2005 and is located in Sarba. 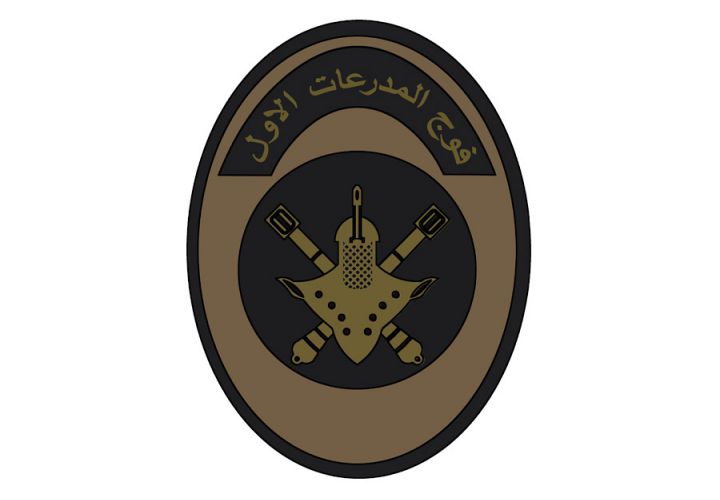 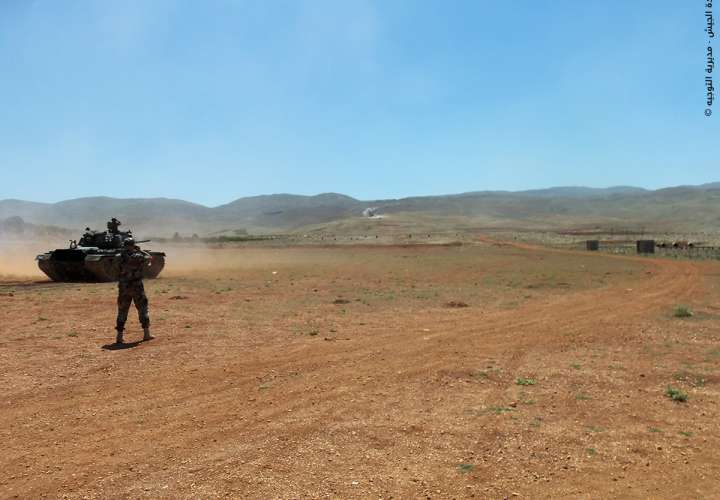 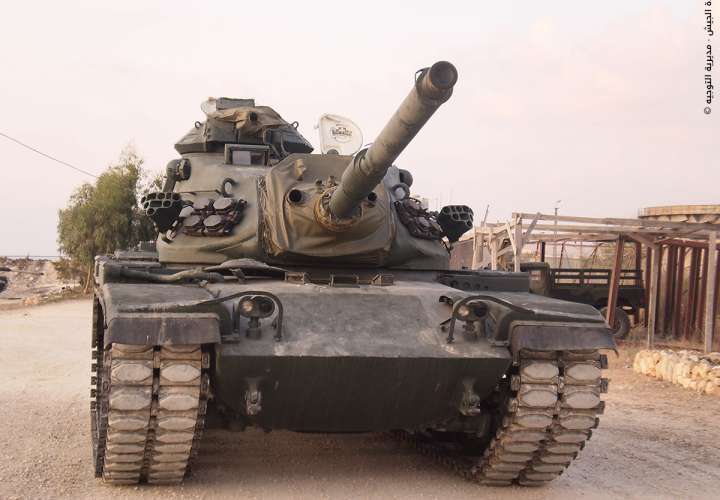