Army flag is patterned after the Lebanese flag (white field between two horizontal red bands, and a cedar in the middle), with two wheat spikes on each corner, and the words: "Honor", "Homeland" surrounding the cedar. In the center of its reverse side, the insignia of the Army which bears the motto: "Honor- Sacrifice- Loyalty", comprises a cedar surrounded by two wheat spikes and topping the insignias of the Ground forces, the Air forces, and the Navy. 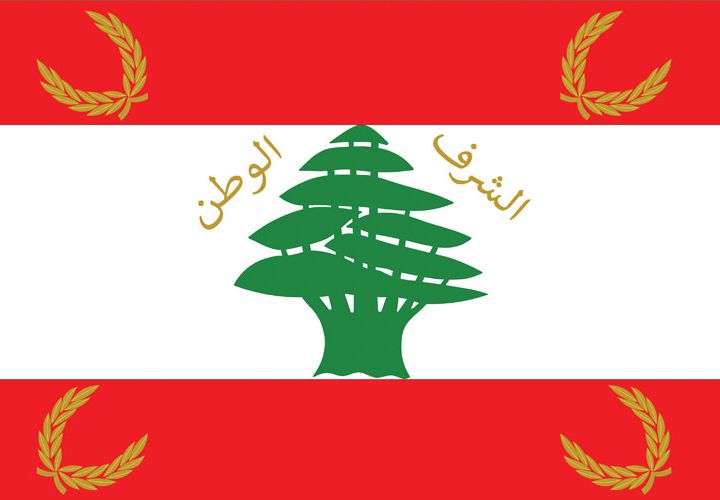 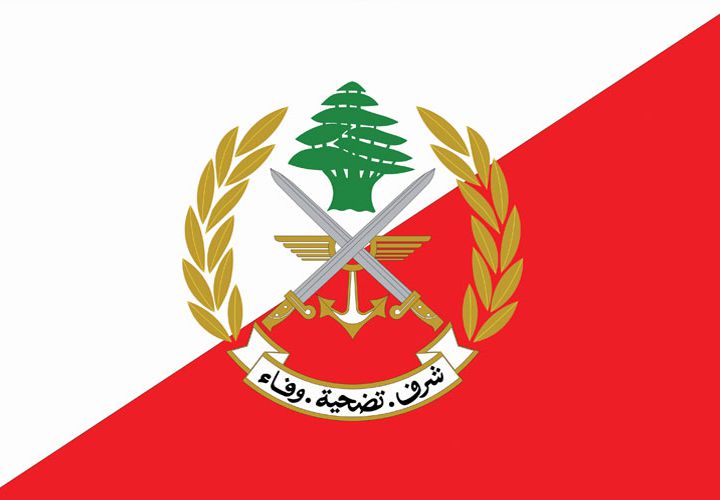 The Army Flag - Back
THE ARMY INSIGNIA

The Army insignia is composed of two crossed swords symbolizing the ground forces, two wings alluding to the air forces, as well as of an anchor referring to the naval forces, the whole topped by a green Cedar which incarnates the Lebanese heritage, surrounded by two laurel branches symbolizing the glory and dignity, with the motto of the army : "Honesty – Sacrifice - Loyalty", written on the lower part of the insignia.