The emblem represents the work of the various departments at the Directorate of Geographic Affairs, The arrow/triangle refers to the monument of a geodetic point, Aerial Photography and the North Arrow, The circles inside the arrow refer to Satellites and Satellite Imagery, The green and brown colors represent the Cedar tree, the soil and the military uniform, Longitudes and Latitudes on the Globe that intermediates the Map of Lebanon represent maps and projections, The blue, magenta, yellow and black colors refer to printing and color separation, The badge is enclosed into a black shield with golden edges. It is the symbol of power and protection. The name of the Directorate of Geographic Affairs in Arabic is placed on the lower extremity of the badge.

The Directorate of Geographic affairs was established on 6/2/1962 and was correlated to the Army Command with aim of performing geodesic works, surveys, topographic works, organizing maps of different measurements and aerial photography and filming. 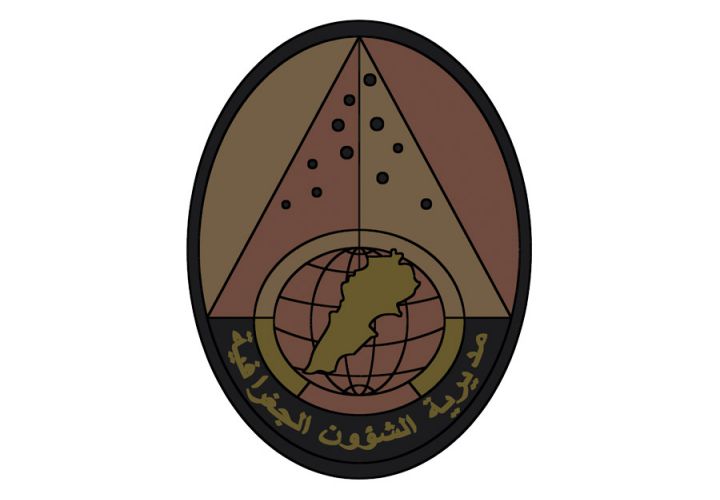 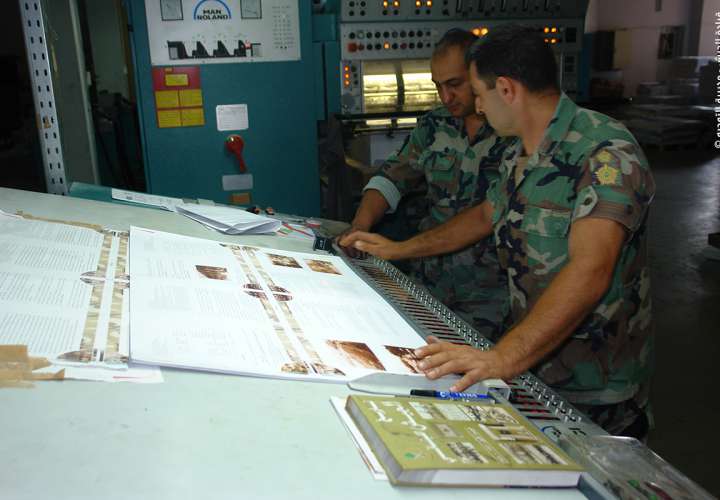