The emblem:
The emblem consists of a sword a truncheon and a book symbolizing the power of law, justice, right and the implementation of rules and regulations, a flame indicating the fierceness of the battle, a surrounding steel shield denoting the mobile units, two palm branches symbolizing sacrifice and glory and the motto “Military Police” in red symbolizing the sweet blood of the martyrs. 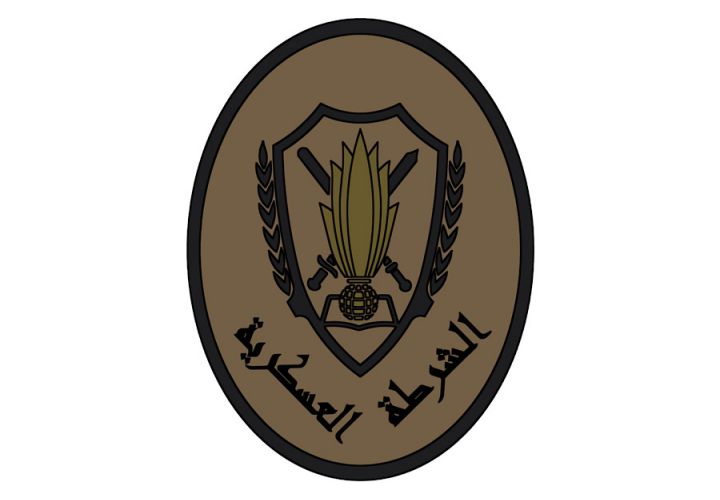 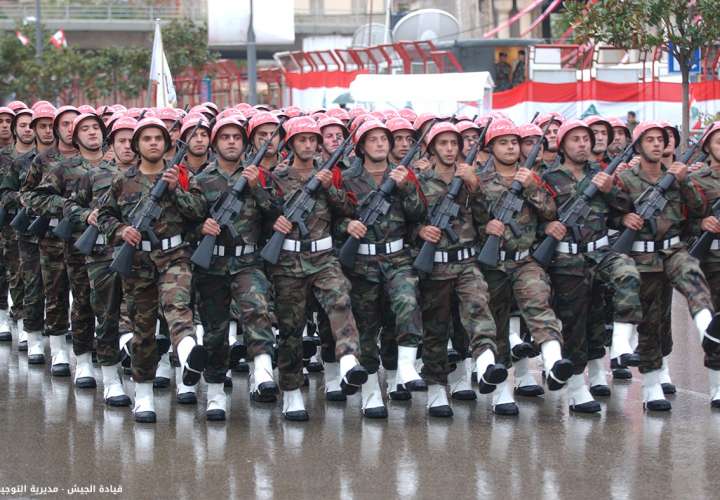