The Army Commander in Chief attends the graduation ceremony of Qualified Anti-Corruption Managers Course in Lebanon
Today, at the Fouad Chehab Command and Staff College, in the presence of the Army Commander in Chief General Joseph Aoun, a graduation ceremony was held for a course of batch "Qualified Anti-Corruption Managers" organized by the "Association of Qualified Anti-Corruption Managers in Lebanon" in coordination with the American Anti-Corruption Institute, in which a number of officers and civilians participated. Present at the ceremony were Mrs. Gina Shammas, President of the Association, and Professor Mike Massoud, representative of the American Anti-Corruption Institute.
General Aoun delivered a speech in which he stressed the importance of transparency as an essential part of treating the disease of corruption, pointing out that the participation of officers from the military institution in the courses falls within the framework of a clear strategy adopted by the army entitled transparency, integrity, accountability, and application of institutional work standards. He said: "Based on our responsibility towards our homeland and our people, as towards our own personnel, our concern for public funds and its good management was and will remain in our priorities. The adoption of the criterion of eligibility in recruiting and assignment, while maintaining the institution distant from political strife and interference, contributed to fortifying it and sparing it from the repercussions of the numerous and successive crises that our country is going through.” General Aoun indicated that the military institution assumes the principle of accountability through specialized agencies for investigation and auditing, stressing that prior oversight and accountability in case of violation is what guarantees the continuity of the application of institutional work in a transparent, fair and ethical manner. He added, "It is these principles adopted by the military institution that have strengthened confidence in it locally and globally. This confidence was greatly evident after the explosion of the Port of Beirut, when our institution was entrusted with the task of distributing aid, in kind and financial, to the affected, due to its integrity  and adherence ti transparency and justice. Even the aid it receives today to support the steadfastness of its soldiers is also managed with transparency and justice.”
He continued, "The praise we hear regarding our institution's performance towards various issues and undertakings is an affirmation of the correctness of the choices and decisions it makes, which bear additional responsibilities as the institution is the backbone of Lebanon and the guarantor of civil peace and stability. In light of the current circumstances, especially the economic crisis that our country suffers from, corruption may find a way, but the institution is currently taking precise measures to monitor its members and raise their awareness of the dangers of deviation. It is working to strengthen their steadfastness through the support of officers and the provision of basic aid that allows them to withstand this stage. The institution's unity and firmness in face of crucial challenges and undertakings are essential at this delicate stage in Lebanon’s history.”
Speeches were given emphasizing the need to work on combating corruption in various sectors. They focused on the importance of adopting transparency as the cornerstone of nation building. They also commended the performance of the military institution and its efforts in combating corruption. At the conclusion of the ceremony, certificates were distributed to the graduates, including officers and civilians. 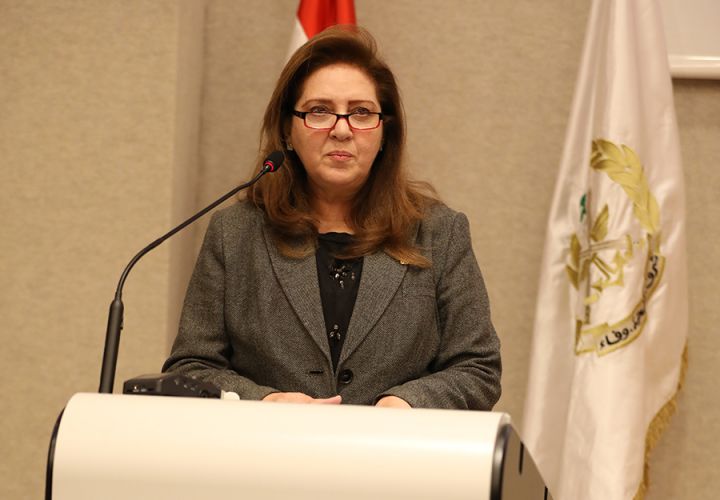 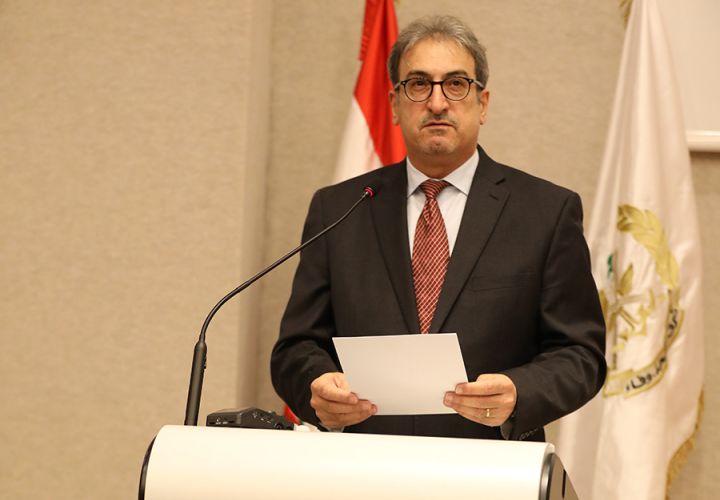 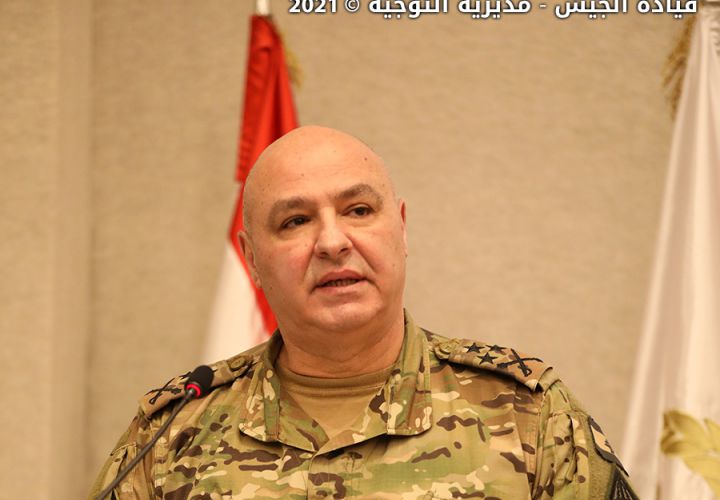 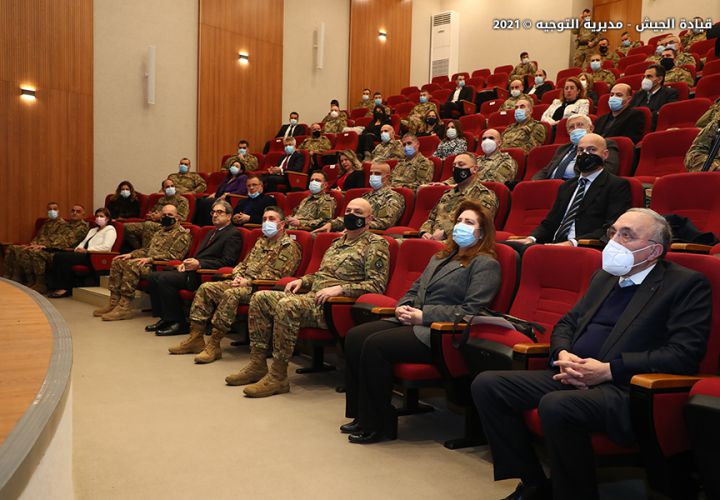 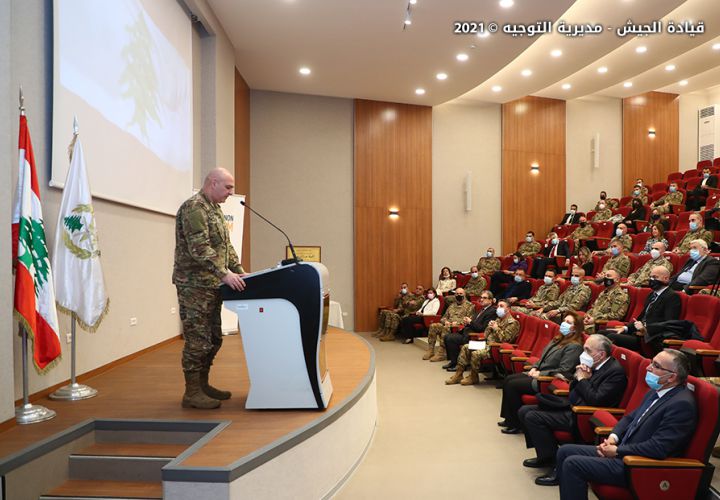 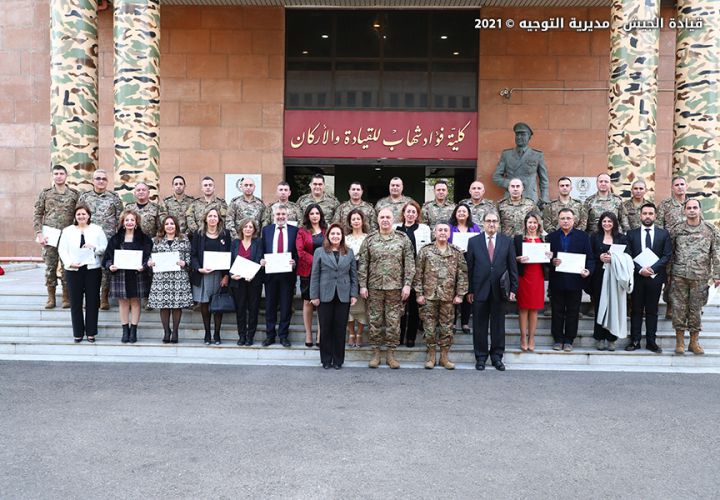