Arrest of a motorcycle theft gang in Hay El Selloum

The Army Command – Directorate of Orientation issued the following statement:
On 26/11/2022, a patrol from the Intelligence Directorate arrested in Hay El Selloum –Dahieh a motorcycle theft gang, consisting of the Syrian (A.K.) who is wanted for harboring dangerous wanted persons and providing them with equipment for stealing motorcycles and roaming without identity papers, the Syrian (G.AA.) and the citizens (M.N.) and (H.N.) who fled from The Palace of Justice Prison. They are wanted under several arrest warrants for participating in the killing of a person, opening fire, stealing motorcycles, drug use and traffic, provoking clashes, robbery and threating by force of arms. They were seized with a fire gun and confessed to stealing 720 motorcycles.
The seized items were handed over, and an investigation was initiated with the arrestees under the supervision of the competent judiciary. 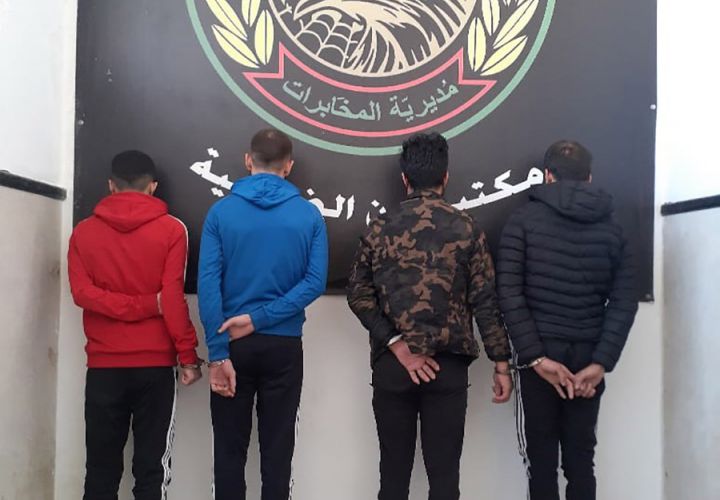