The development of the military operations in the Jurds of Ras Baalbek, Qaa and Fakiha

The Army Headquarters – Directorate of Orientation issued the following statement:

Army units continued, for the second consecutive day of the Dawn of the Jurds operation, their attack against what is left of ISIS posts in the jurds of Ersal, Ras Baalbek and Qaa at the axes of Sahlat Kherbet Daoud and Dhour Wadi el Tine where LAF Forces managed to take over: the height of Dalil Omm el Jamaa (1605), Dhour Wadi el Tineh (1551), Qrani Meqyal Farah (1575), Wadi el Kheshen – Qornet Houqab el Hamam and Qarani el Ouqab (1563), which resulted in the LAF Forces taking over wide divisions of the regions parallel to the Lebanese – Syrian borders. Therefore, the army liberated today around 30 Km2 , making the total liberated space since the beginning of the Dawn of the jurds operation and the operations of tightening the noose until now around 80 Km2 out of 120 Km2.

During the military operations, 3 soldiers fell and a fourth was severely injured as a result of the explosion of a landmine which hit a military vehicle. Moreover, 2 other soldiers were slightly injured during the clashes while the operations resulted in the death of 15 terrorists and the destruction of 12 posts containing caves, tunnels, communication paths, fortifications and different weapons. Furthermore, the LAF managed to detonate a rigged car and a rigged motorcycle transporting suicide bombers at the highway of Wadi Horta and Mrah el Douar in the jurds of Ras Baalbek while attempting to target army units with the casualties being registered among soldiers. 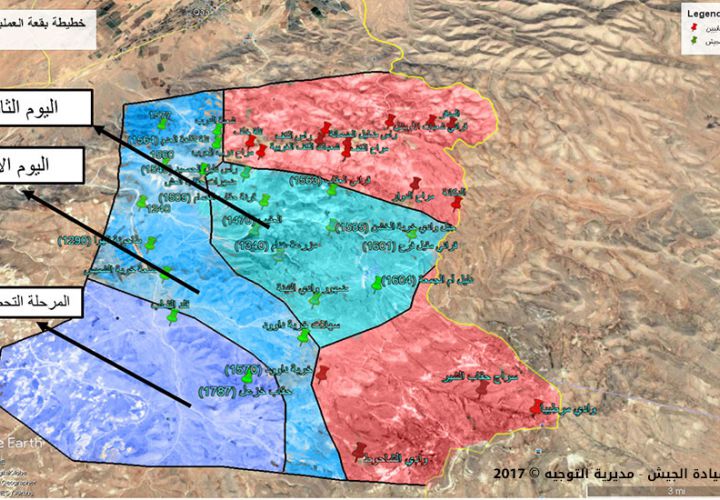 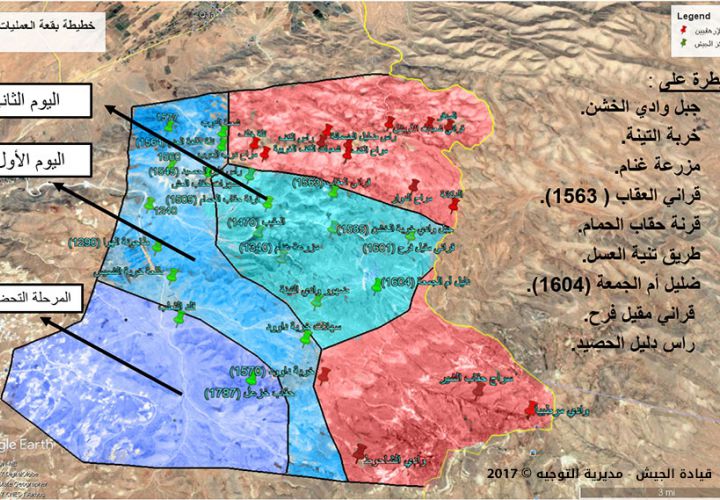