Graduation of the Intervention Class in the Special Forces School – Hamat

The Special Forces School of Hamat hosted the graduation ceremony of the Intervention class “37” which held the name of martyr Sergeant Jad Makhlouf. Brigadier General P.S.C Fadi Makhoul attended the ceremony as a representative of the LAF Commander General Joseph Aoun in the presence of the graduates’ parents and a number of Army officers.

Brigadier General P.S.C Fadi Makhoul said in his speech during the ceremony “on your graduation day I urge you to persist in performing your duties with devotion, loyalty and the professionalism of a soldier who works in silence and gives sacrifices without asking for anything in return. Be ready to give a bright example in abiding by the laws and regulations and alienating yourselves from politics and showing loyalty solely to the military institution. This will enable you to remain loyal to your military vow and to acquire the confidence of your commanding officers as well as the appreciation of the Military Institution”.

The graduates received their certificates at the end of the ceremony and the family of martyr Sergeant Makhlouf received a commemorative shield. 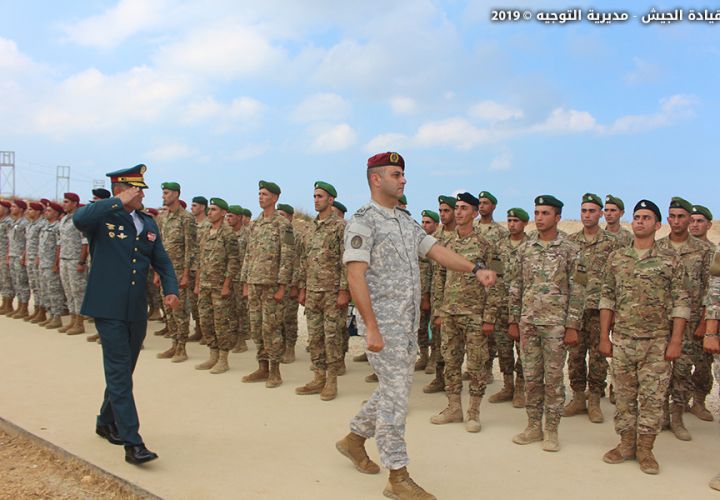 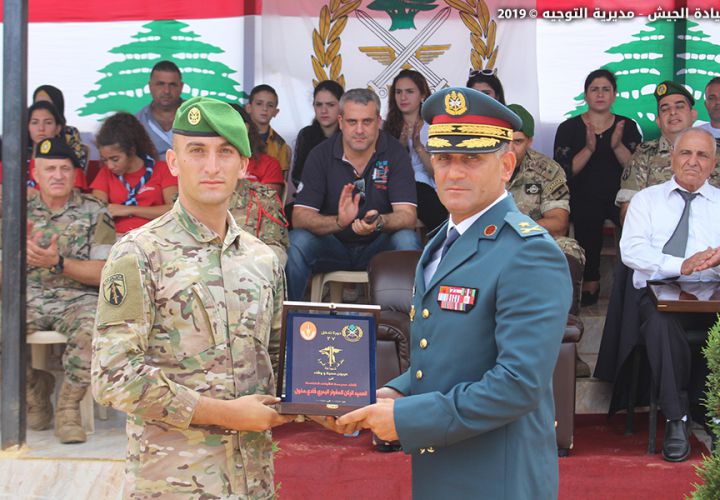 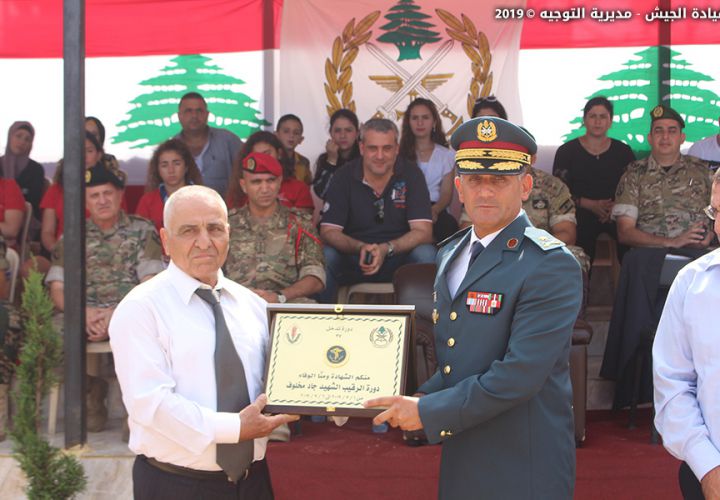