A ceremony was held at Hamat Air Base to receive 6 MD-530F military helicopters as a donation from the United States of America to the Lebanese Army, in the presence of the Army Commander in Chief General Joseph Aoun, the American Ambassador to Lebanon Ms. Dorothy SHEA, in addition to a number of military attachés and officers.
The ceremony began with an air show of the helicopters, then the Commander of the Lebanese Air Force, Brigadier General P.S.C. Pilot Ziad Heikal, gave a briefing about the capabilities of the helicopters and their combat specifications.
Then Ambassador SHEA delivered a speech in which she indicated that this military aid confirms the strong ties between the United States and Lebanon, and the partnership based on the interests of the two friendly countries. She pointed out that her country will continue to provide aid to the military institution in the next stage, with an additional $67 million allocated to this purpose, stressing that this assistance is based on developing training and providing advanced military equipment and technology to maintain Lebanon's security and stability, praising the efficiency of the Lebanese army and the Lebanese pilots.
Afterwards, General Aoun delivered a speech in which he considered that this occasion renews the effective cooperation and friendship between the Lebanese army and the United States of America. During his recent visit to the United States of America, he sensed a consensus on continuing to support the army, because fortifying it is equivalent to fortifying Lebanon, and because its steadfastness in the face of this delicate stage enhances stability, preserves Lebanon’s unity and prevents it from sliding into sedition or civil war again. He thanked the friendly and brotherly countries for the continued support of the army, pointing out that these countries are seeking to find a legal formula that allows providing assistance in line with the necessary and urgent needs of the military.
He stressed that Army Command is striving hard to maintain the continuity of the institution and to help the military and their families during the current crisis and its severe repercussions.
A part of General Aoun’s and Ambassador Shea’s speeches…
The speech pronounced by General Aoun Hereafter:

Her Excellency US Ambassador to Lebanon Dorothy Shea

Esteemed Audience
A long process of military relations and cooperation between the Lebanese Army and the United States of America, which has resulted over the past years in the development of military and combat capabilities as well as training, enabled the Army to achieve many military achievements.
There is no doubt that our strategic partnership to confront security challenges has led to an increase in the volume of US assistance in the past years, which has enabled the army to continue carrying out its missions and develop the capabilities of its units, especially the special forces and the navy, as well as the air force who welcomes today a squadron of MD-530 helicopters. Along with its former partner-squadrons that arrived earlier, such as Super Tucano, Cessna and Scan Eagle, it represents a transformation in the combat capability that the Air Force now possesses, giving an important impetus to the army.
Esteemed Audience
The continuous American support for the army reflects the American administration’s confidence in it, and its keenness to develop its capabilities and enhance its role in protecting the borders and maintaining internal stability, thus preserving Lebanon’s unity and preventing it from sliding into strife or civil war again. This I observed clearly during my visit to the United States and meetings with senior officials from the legislative and executive authorities. They unanimously agreed to continue supporting the army, which enjoys local and international consensus, because fortifying the army parallels fortifying Lebanon, and because its steadfastness in the face of this delicate stage enhances stability.

Esteemed Audience
Today, the Lebanese army is going through an economic crisis that may be the worst in its history, but there is no fear for it. The will of its officers and soldiers, and their belief in the sacred mission of their army, are the motivation for their determination to carry out their missions with discipline, professionalism and absolute loyalty to the military institution, which always pledges its people to defend their dignity and preserve the stability of the country, regardless of the challenges and no matter how great the sacrifices.
Our priority today is to fortify the military institution and ensure its continuity with the minimum operational capabilities, and to support the military to remain able to carry out the tasks entrusted to them. Those have doubled in recent years as a result of the political crisis that has negatively affected the economic and social situation. This came coupled with to the spread of the Corona pandemic and the disastrous explosion of the port of Beirut.
This new reality prompted us to raise our voice and seek help from brotherly and friendly countries, so the Paris conference was held to support the army, followed by several follow-up meetings and foreign visits, all aimed at broadening aid and support for the army, enabling it to overcome this difficult stage.
In this context, I would like to thank our friends and brothers who took the initiative to send aid to the army, and who are seeking to find a legal formula that would allow them to provide assistance in line with the necessary and urgent needs of the military.

Esteemed Audience
Our priority was and will remain the concerns of the military and their families, as well as fortifying the institution in the face of challenges, and providing security stability that paves the way for the political authority to find political and economic solutions.
The army enjoys the trust of its people and the respect and appreciation of the international community. As we rely on this trust, we reiterate that we are proceeding our missions. We will spare no effort in seeking to provide all the support needed by the Institution and its members at this critical stage. 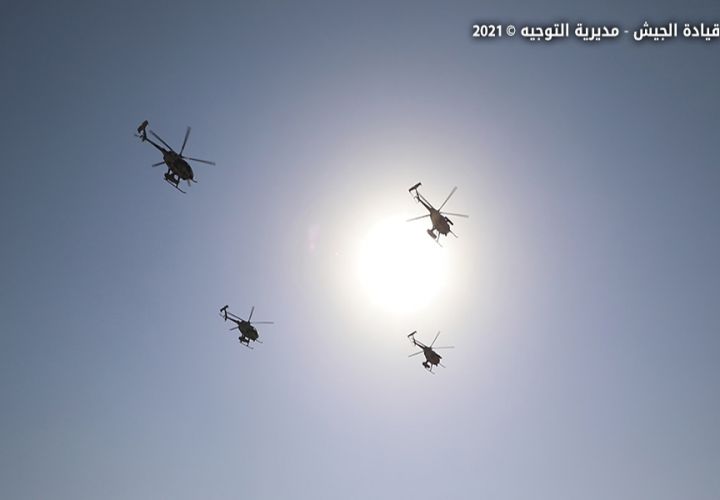 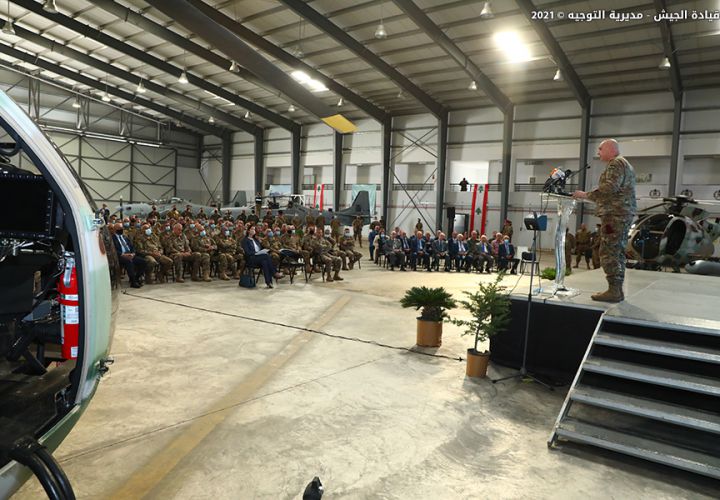 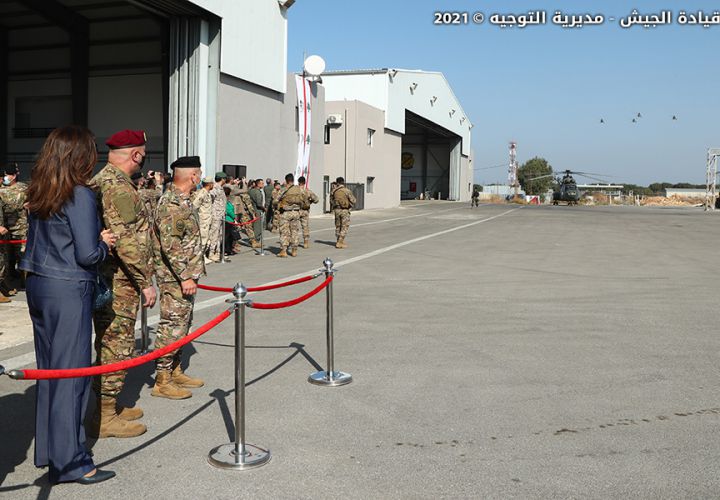 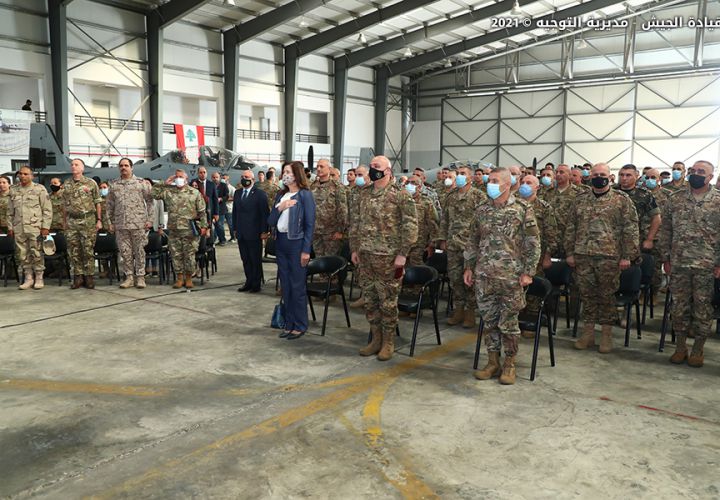 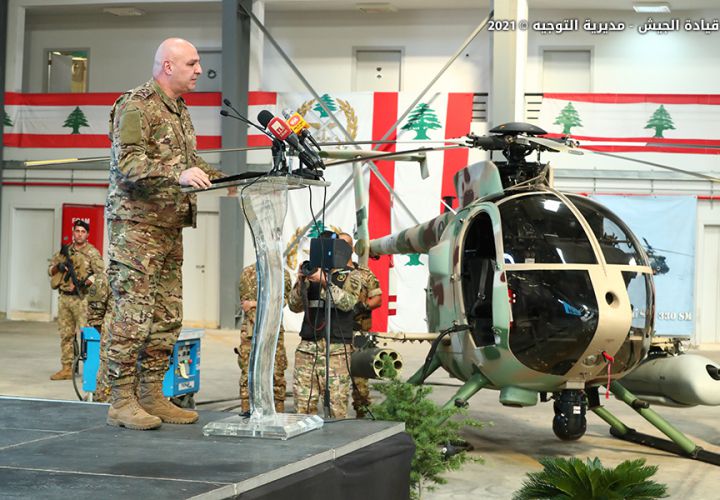 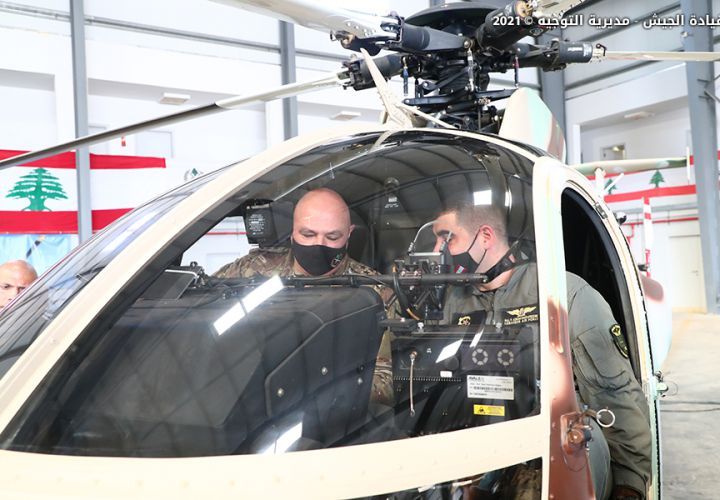 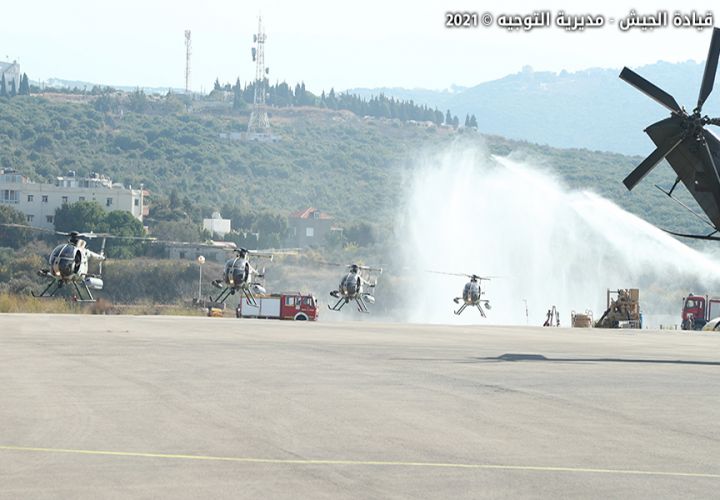 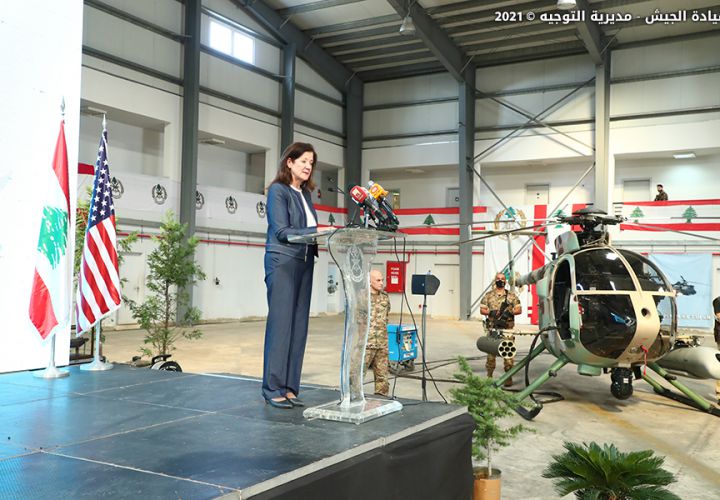 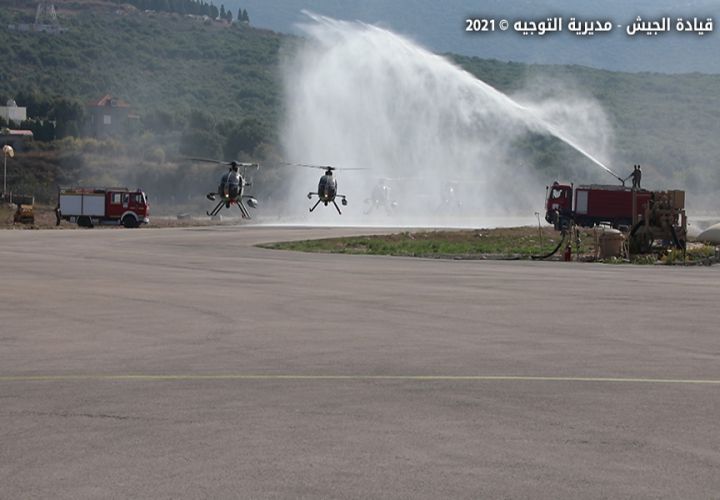 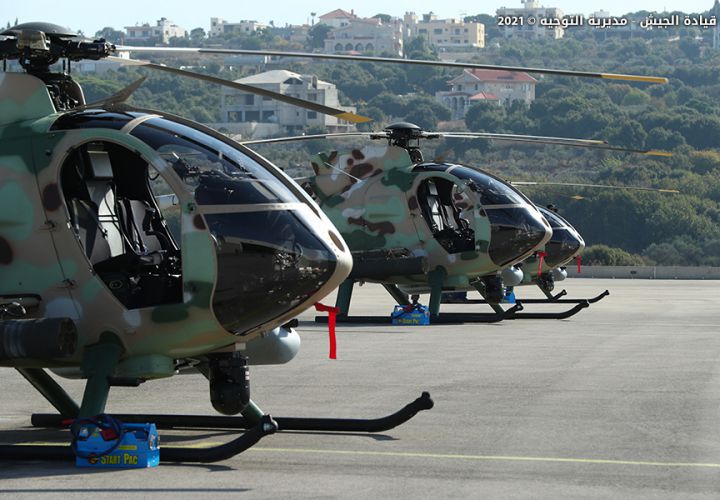