Honoring ceremony for the member of the Military Council Major General P. S. C. Elias Al-Shamiya on the occasion of his retirement.

In turn, Major General Al-Shamiya gave a speech in which he thanked the army commander in chief, officers and soldiers for their confidence in him, and praised the outstanding cooperation of officers and soldiers and their performance dealing with the challenges facing the military institution, in light of the difficult circumstances the country is going through.

At the end of the ceremony, General Aoun presented to Major General Al-Shamiya the army shield, as a token of thanks and appreciation. 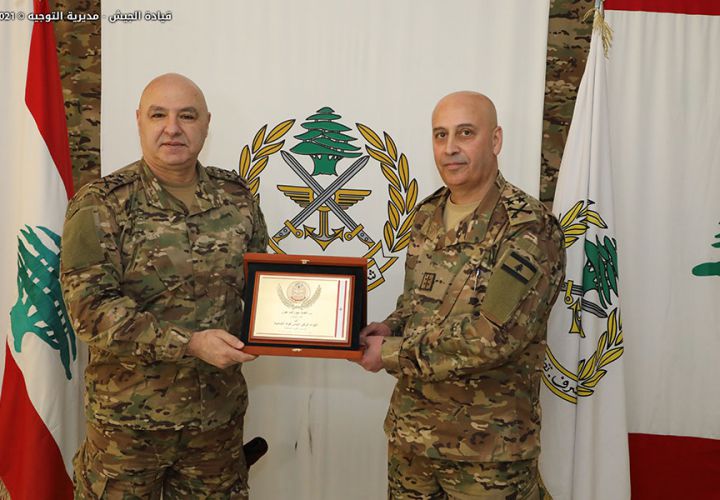 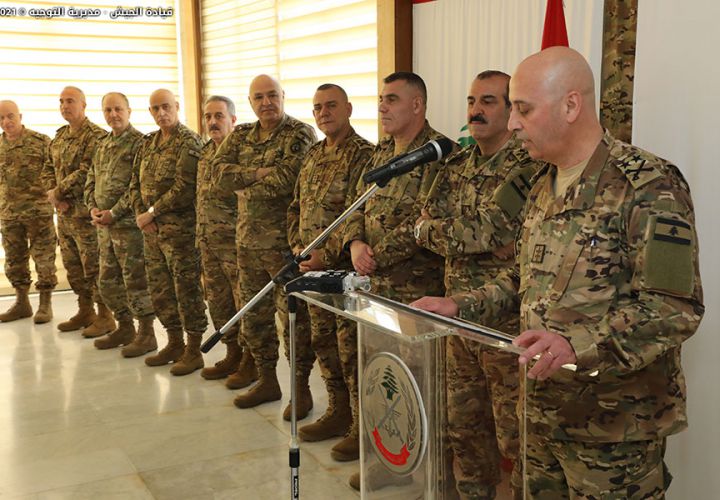