A patrol of the Intelligence Directorate arrested in Kfardebian – Mont Lebanon the citizens (Y.Z.), (F.H.Z.), (J.H.Z.), and (AA.N.Z.) for promoting and abusing drugs inside a chalet belonging to the former.

Also, the latter was roaming with forged documents (ID and driving license). The arrestees are wanted under several arrest warrants for opening fire towards army patrols in Bekaa, trading arms, and promoting drugs. An amount of drugs, two firearms and ammunition were seized in their possession.

The arrestees confessed to distributing drugs to promoters in a car belonging to the arrestee (AA.N.Z.).

They were turned in, along with the seized items, to the competent judicial authorities. 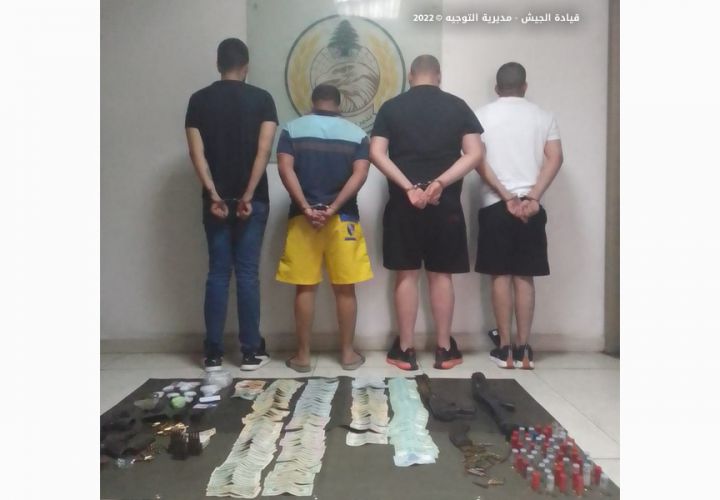