Individuals arrested in Karantina and Tayouneh

On 21/06/2022, a patrol of the Intelligence Directorate arrested in Karantina and Tayouneh the Syrians (H.A.), (A.J.), (H.A.) and (SA) for carrying out Human - smuggling operations and promoting forged Syrian driving licenses, identities, illegally entering Lebanese territory and roaming without legal papers. 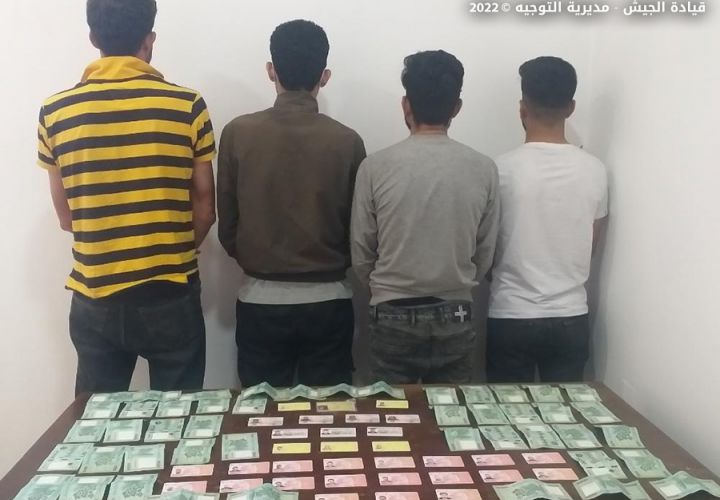