The LAF Commander General Joseph Aoun visited the sixth Intervention Regiment Headquarters in Riyak where he met with the Regiment Commander Colonel P.S.C David Bachaalani and a number of officers. He was briefed of the missions conducted by the Regiment in its area of operations and the role it is undertaking in the frame of keeping peace and stability. General Aoun praised in a speech he addressed the efforts invested by the Regiment troops by conducting the missions they are charged with. He stressed that what the Army is doing in this stage is extremely critical, especially in light of the crisis that the country is witnessing and all the associated tensions in a number of regions. “The way the army is dealing with the citizens at this stage is based on the conviction that the citizen enjoys the freedom of demonstration and the freedom of expression. However, this fact does not mean that the Army will be showing any leniency in dealing with the acts disturbing peace, unethical behavior or with blocking the roads, and in the near future the people will realize that the Army has saved Lebanon” General Aoun added.

The LAF Commander commended the composure and restraint that Army personnel has shown while dealing with the demonstrations, and confirmed that their attitude was highly praised by international institutions especially when compared with similar demonstrations that took place in other countries.

General Aoun highly valued the efforts exerted by the troops, particularly in light of the severe economic crisis that is ravaging the country and affecting them as it is affecting their countrymen. He called upon them to continue exerting every effort while avoiding the rumors that aim to thwart them from performing their duties and to deflect attention from what is truly happening. 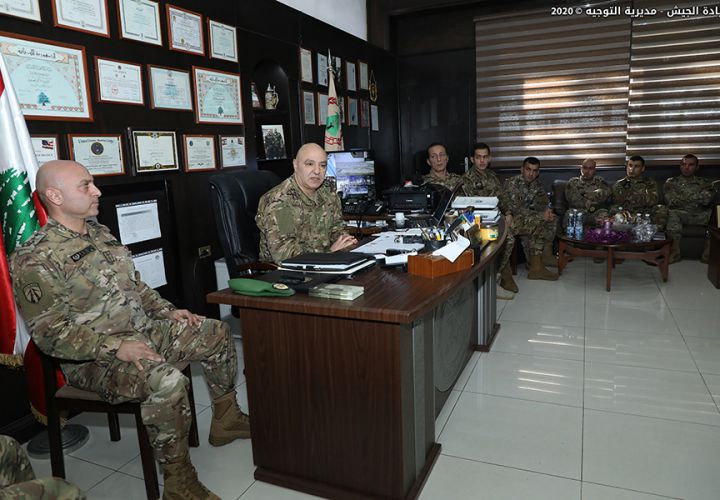 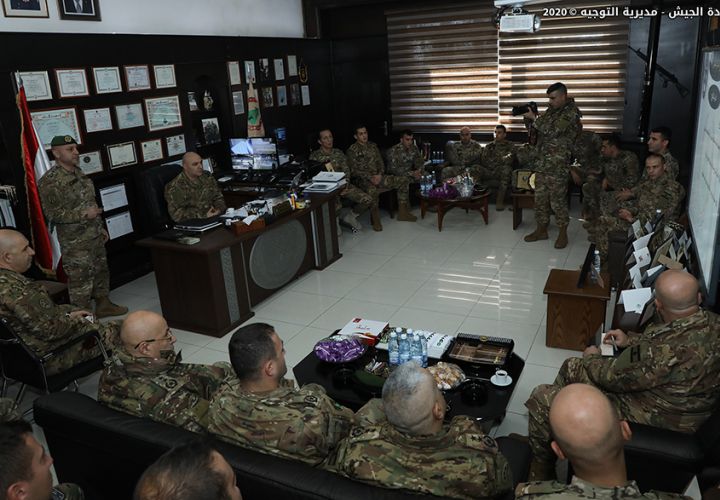