The Lebanese Army Commander in Chief General Joseph Aoun, met the third-year officer cadets at the Military College, in the presence of the Academy commander and the instructors. He addressed them with a word in which he congratulated them on their graduation in difficult and delicate circumstances, considering that their entry to the Military College was a challenging project to avoid vacancy in light of the obstacles that prevented recruitment, and a project for the development, renewal and diversification of capabilities in the military institution, given that the graduated course is the first course in the history of the army to include male and female officers after three years of training. He also pointed out that the success of the graduates came as a result of their merit and competence.
He called on them to live up to the heavy responsibilities that await them in the units, and to be always ready to double their efforts to preserve Lebanon's security. He said: "You must have the will to challenge and the ability to adapt to reality, and transform military life, with its difficulties and hardships, into a field of pride, vigor and self-esteem. Our motto is honor, sacrifice and loyalty, and martyrdom for the sake of our country is our supreme honor."
He added: "Your sect is in military uniform, and your party is Lebanon. Stay away from the sectarian divisions that sow discord among the sons of the same nation. Sects are a blessing, but sectarianism is a curse. We have seen how sectarian conflicts have brought our country to ruin, and the Lebanese are convinced that there is no salvation for them except in the army, and they put their trust in the it." This raises the level of our responsibilities. The stage is delicate and difficult, but Ay Command is doing its utmost to alleviate the economic crisis off the military."
General Aoun also touched on the scourge of drugs, warning of its imminent danger to young people, regarding health and social life, and its devastating impact on families, stressing that combating this scourge is a top priority of the Command.
He concluded by wishing the graduates success in their military careers, expressing his pride in them and his confidence that they will be the example in discipline and morality, and the best protectors of the homeland and its people.

And what he said in the voice... 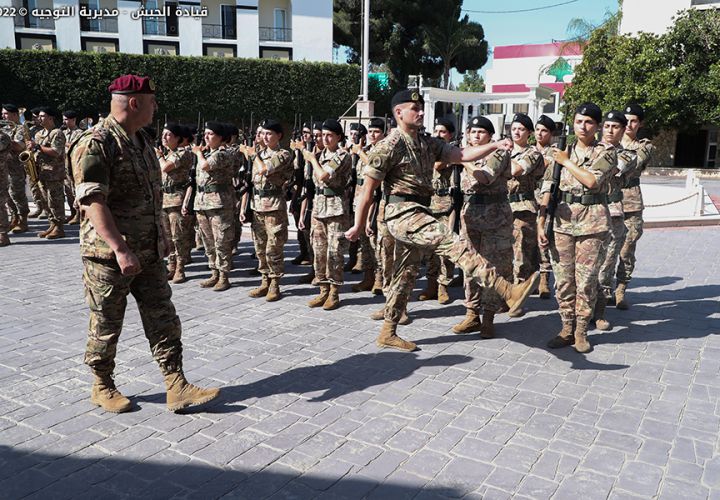 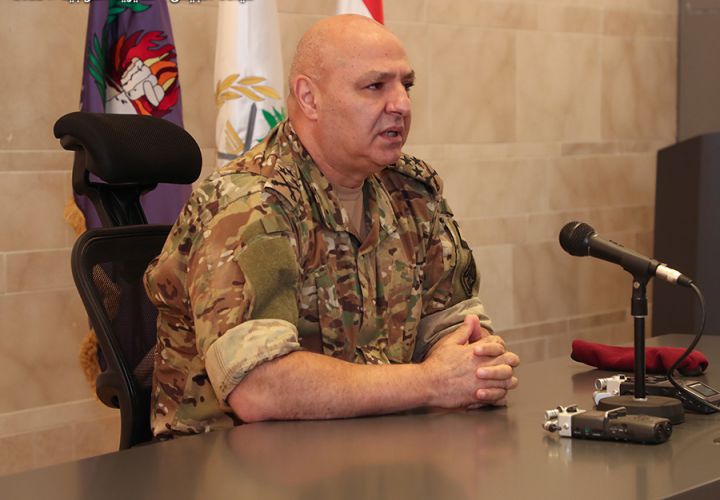 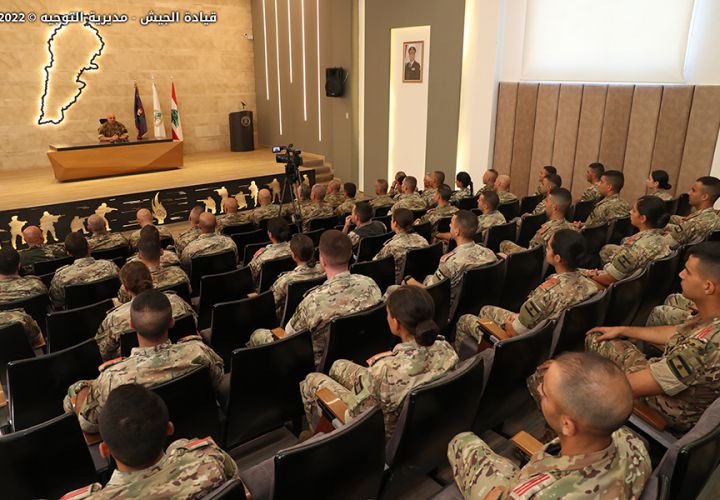 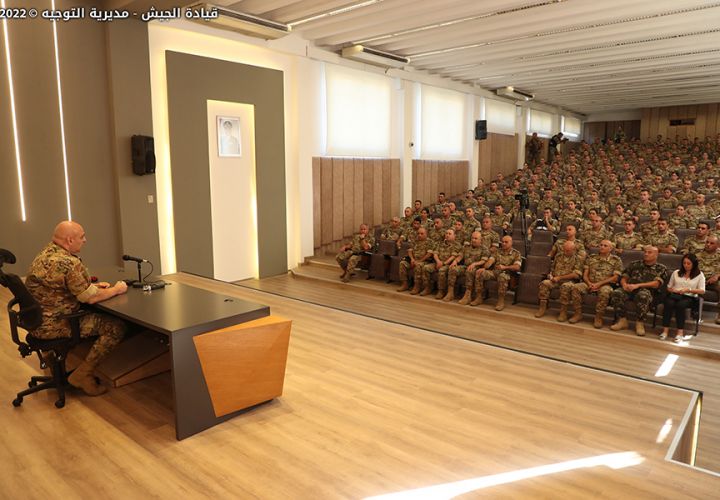 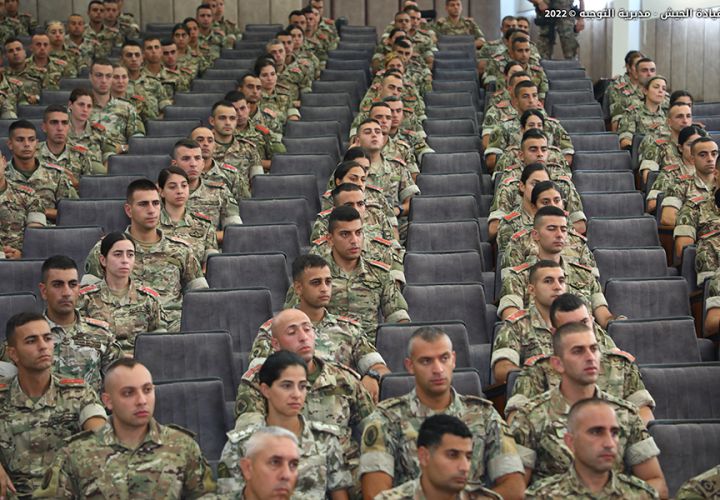 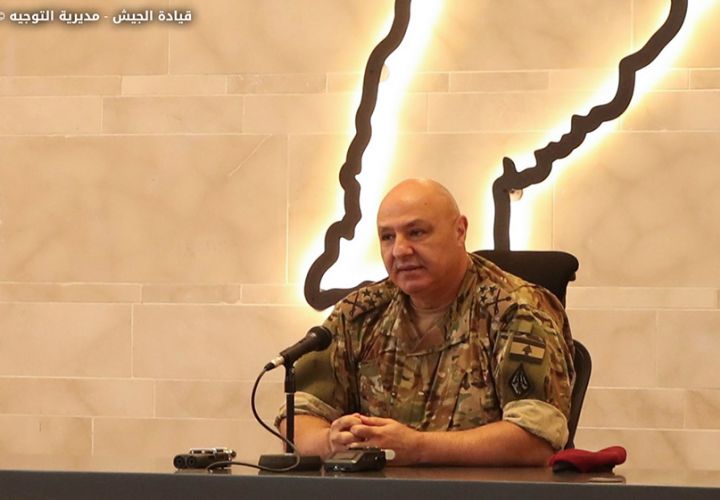 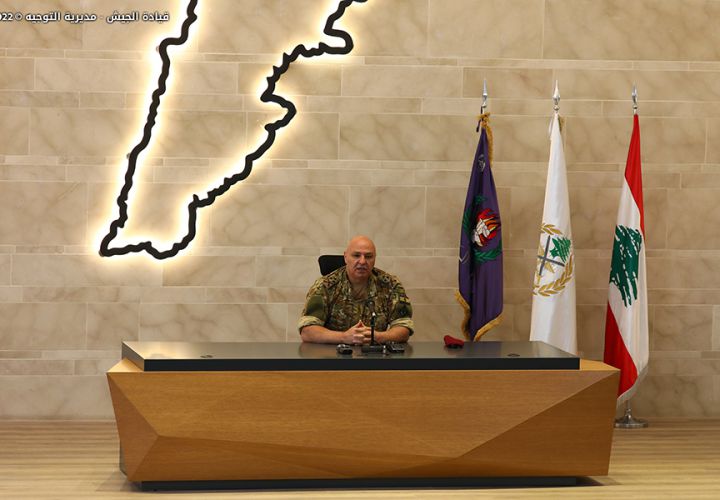