Under the supervision of the Special Forces School, units from the 4th  land borders regiment and troops from the Beirut Police with the participation of units from the Air Forces, Naval Forces, engineering regiment, Rangers and 2nd Artillery regiment and 1st Intervention Regiment and 1st Armored Vehicles Regiment performed a live fire maneuver in Hanoush – Hamat, simulating taking down a terrorist group entrenched in built areas.

During the maneuver, shootings with artillery, tanks, helicopters and medium and heavy weapons took place along with a number of explosives in order to open holes. The maneuver also included air support and disembarkation and the evacuation of injured individuals from the battlefield using helicopters.

This maneuver comes in the frame of a qualitative training presented by the Army Command in order to ensure the level of preparedness of units and their readiness for swift and efficient intervention in different combat circumstances. 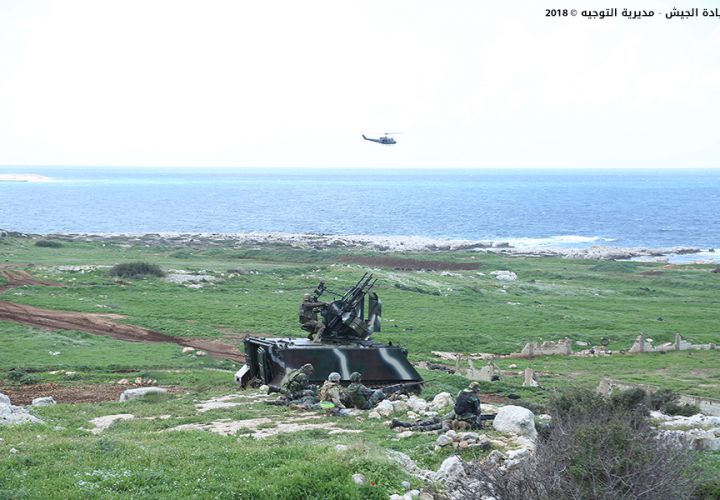 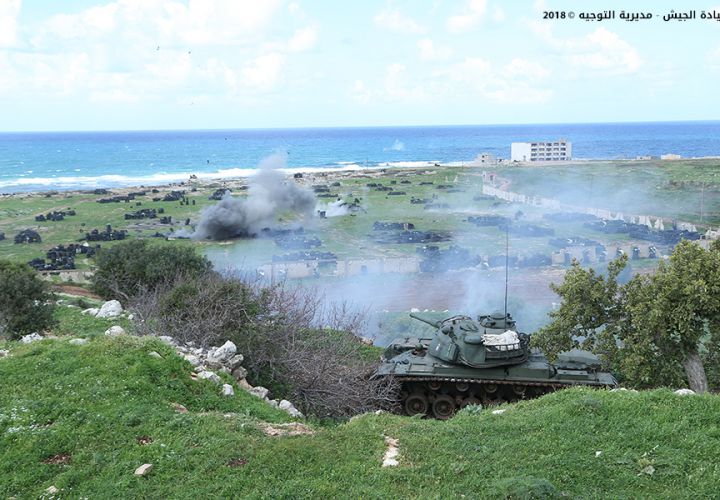 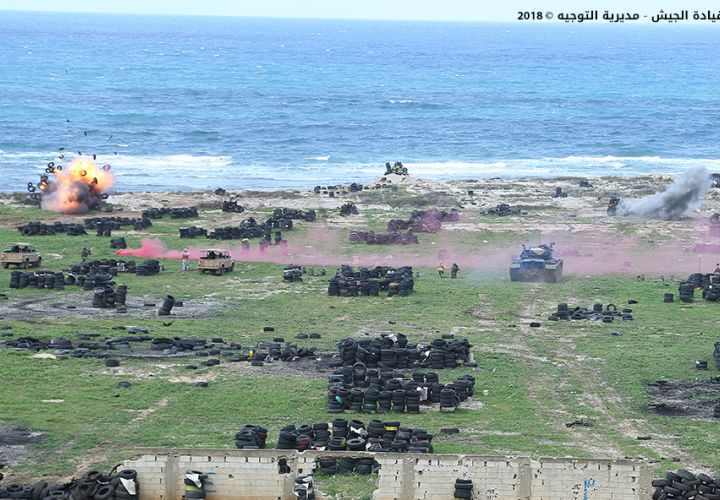