The Lebanese Army Commander in Chief General Joseph Aoun held a meeting in Yarzeh with the Command’s staff and the commanders of the major units and independent regiments, and provided them with the necessary directions and appropriate measures to enforce the security of the parliamentary elections and their successful completion.
During the meeting, General Aoun stressed that the army is ready for this task, operations and security wise, and that it stands at the same distance from everyone, elaborating that it is only concerned with the successful and democratic completion of the electoral process.
General Aoun pointed to campaign targeting the military institution while it prepares for the elections, stressing that the army stands on neutrality and is not on any of the sides during this event, nor does it stand by any party against another, but rather intervenes when there is a problem or friction to prevent the deterioration of the situation, calling on the parties concerned with the elections to assume national responsibility and cooperate with the military institution to achieve our national goals calmly and democratically.
General Aoun touched on the incident of the sinking of the boat off the coast of Tripoli, pointing out that the army is continuing its search work, and has contacted a number of countries friends of Lebanon to help retrieve the boat. Regretting the campaign of accusation and incitement that the army was subjected to, following the incident and its exploitation for electoral goals, he affirmed that the army was under the law and will remain so, and that it  proved this in the incidents of the port explosion and Tallil, where investigations were completed within three weeks and were referred to the judiciary. However, some continue targeting the army and passing judgments.
General Aoun expressed his deep appreciation to the soldiers who showed the highest levels of discipline, patience and determination during this economic and financial crisis, praising their efforts and sacrifices, considering them to be a source of pride for the Command and a source of confidence for the Lebanese and countries friends of Lebanon.  He also pointed out his absolute confidence that they will be up to the responsibility during this election, and that accusations and criticism will not affect their will, determination, or morale. 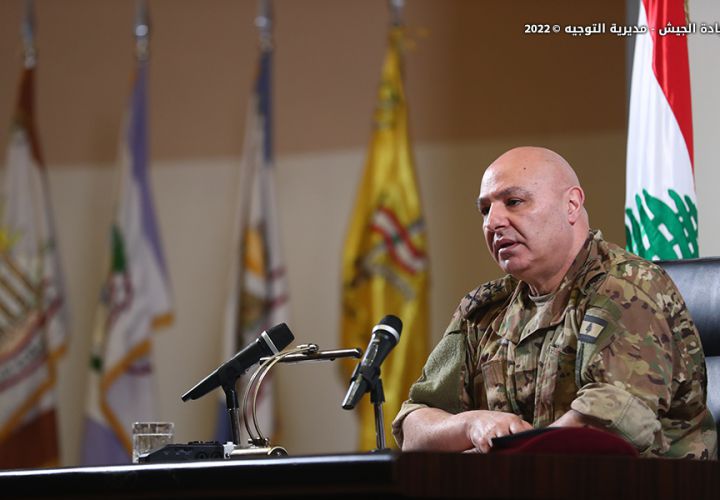 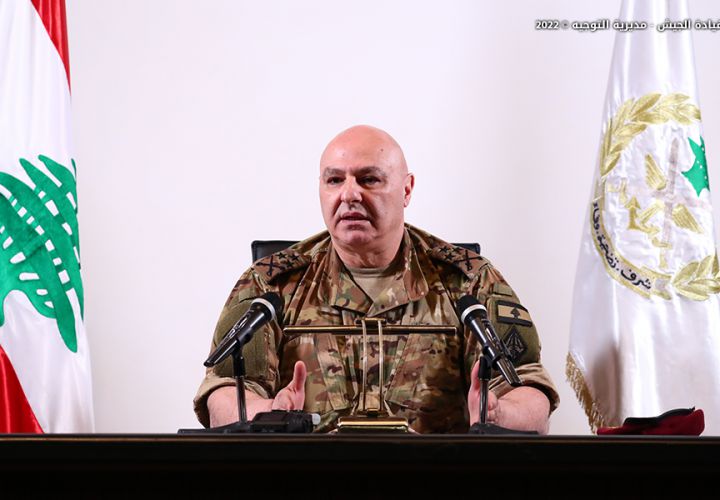 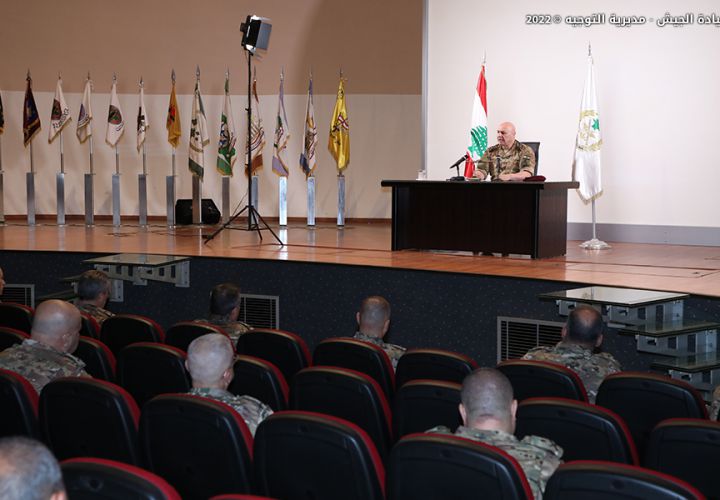 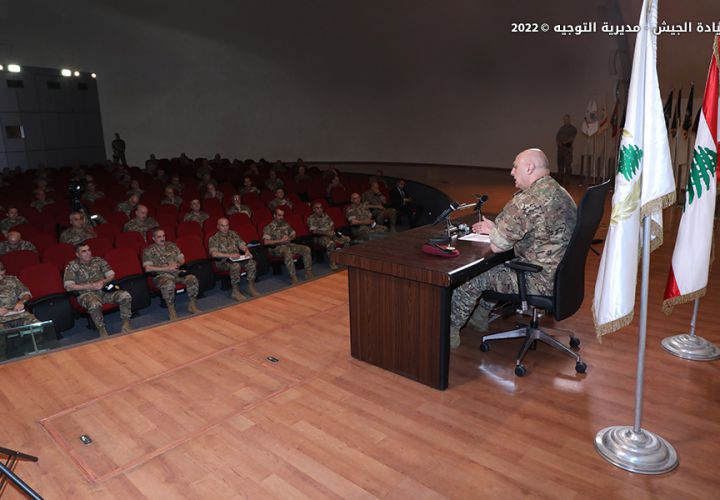 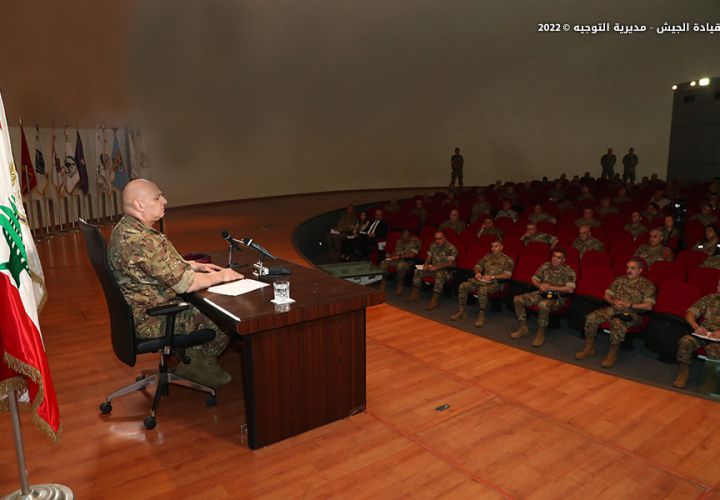 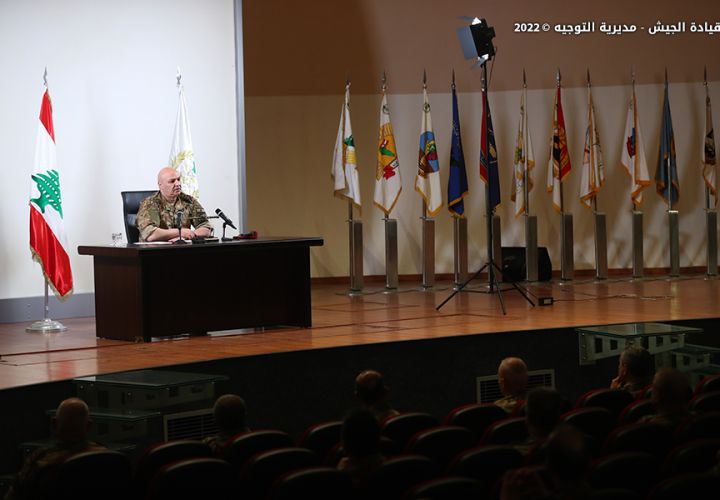 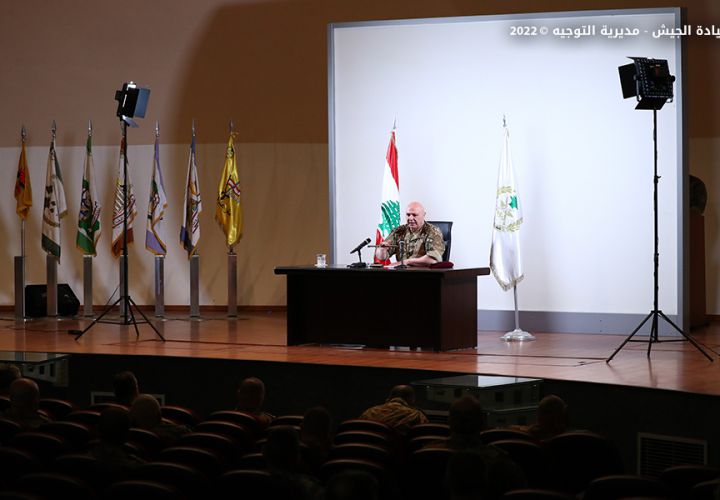 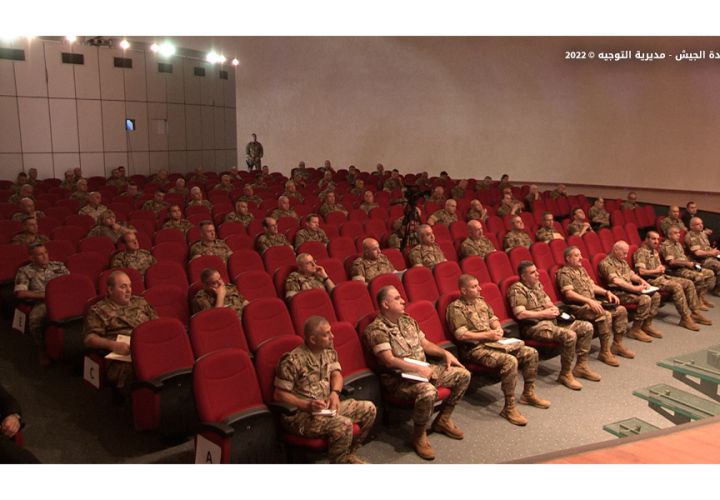 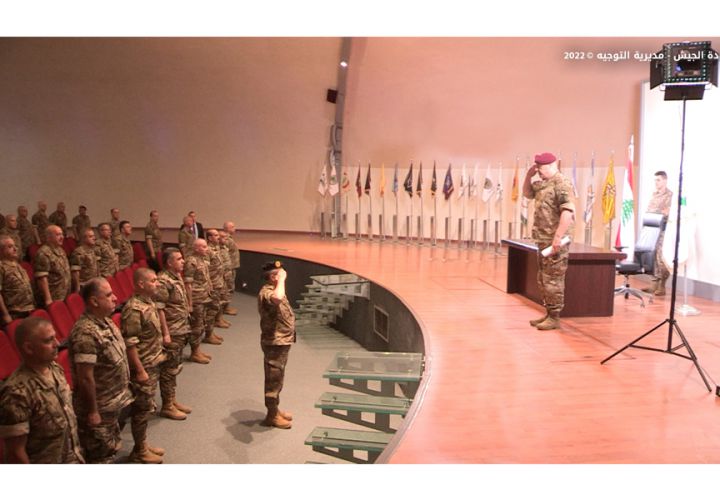