On 04/11/2022, a patrol from the Intelligence Directorate was pursuing the wanted (H.Z.) in Mount Lebanon as he escaped in a vehicle driven by another individual. When attempting to arrest him, the wanted individual opened fire at the patrol troops injuring one of the soldiers, they returned fire leading to his demise and the arrest of his associate.

The aforementioned (H.Z.) is wanted under 21 arrest warrants for several crimes, most significantly, killing an individual in the Bekaa region, shooting at security patrols, smuggling one of the most dangerous drug dealers nicknamed "Abu Sallah", arms trading, and managing networks for drug trafficking and promotion in more than one Lebanese region.

His weapon used in the shooting was seized, along with false identification papers, a quantity of drugs and a sum of money.

The seized items were handed over and the investigation was initiated with the competent judicial authority. 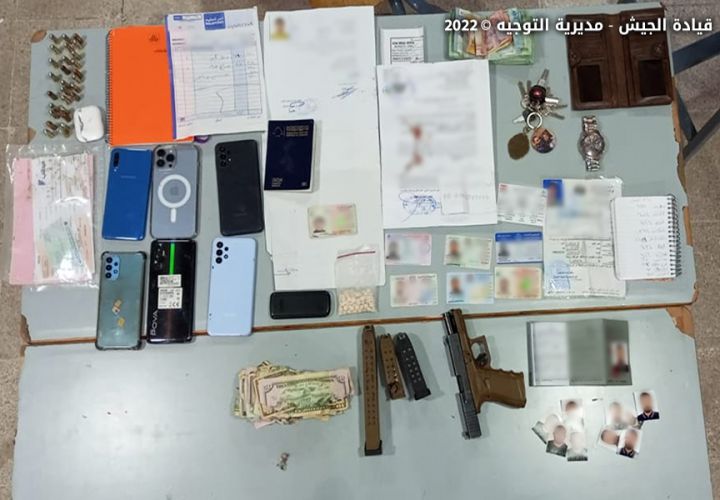