A patrol from the Intelligence Directorate arrested in Sahraa Choueifat, the Syrian (H.F.) and the Palestinian (Kh.A.M.) who are wanted for abusing and promoting narcotics, robbing and attempting the kidnap of a girl. 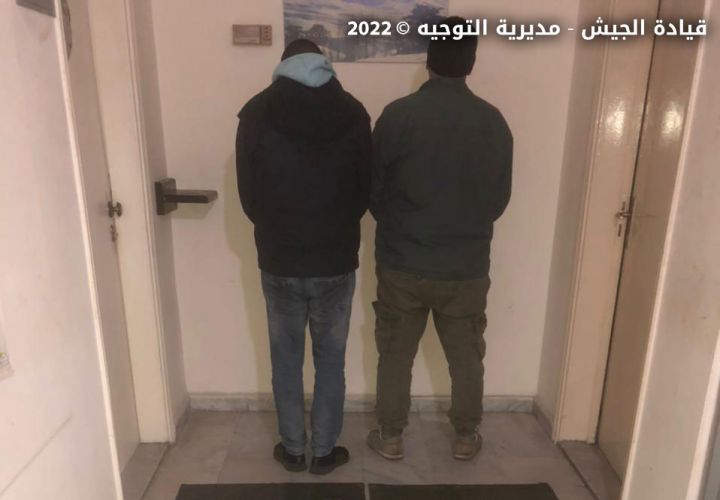