The Lebanese Army Commander in Chief General Joseph Aoun received in his office in Yarzeh the German ambassador to Lebanon, Mr. Andreas KINDL, accompanied by the military attaché Lieutenant Colonel Heino MATZKEN. An agreement was signed between both sides under which the German ambassador presented a financial donation to the military institution. He also received the Secretary-General of the Syrian-Lebanese Supreme Council, Mr. Nasri Khoury, and they discussed various matters. 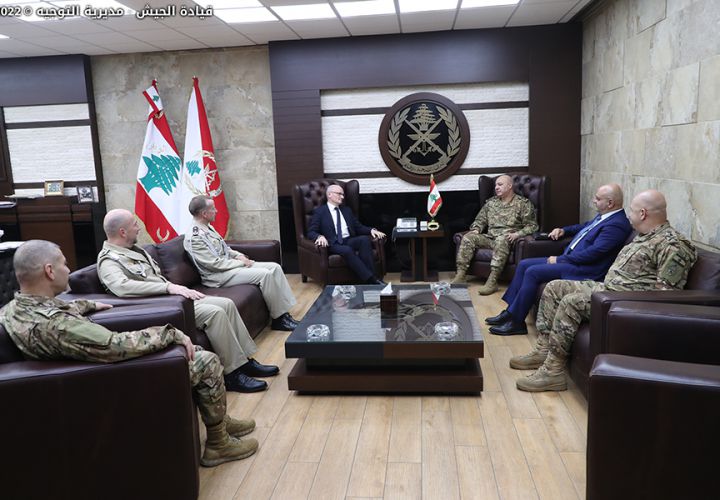 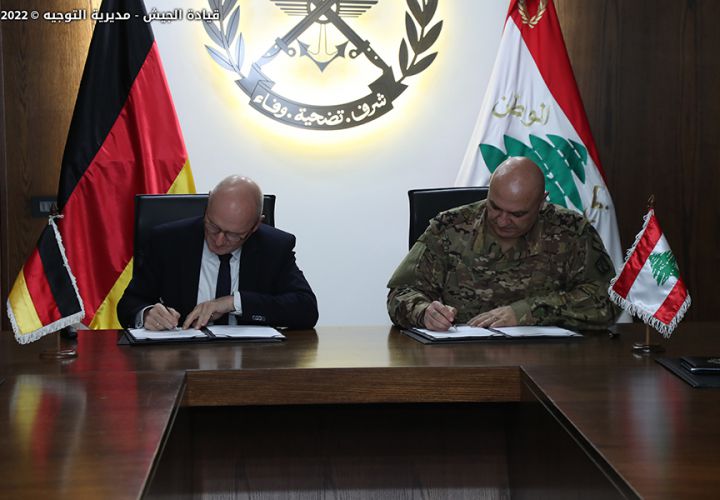 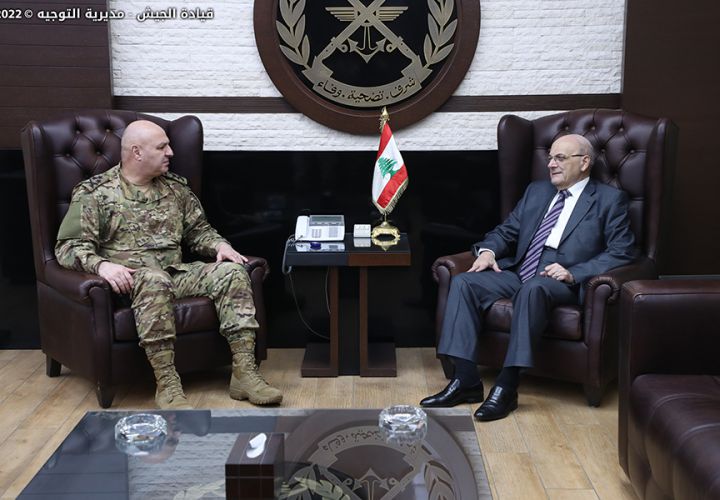