The Chief of French Army Staff General François LECOINTRE, granted LAF Commander in Chief General Joseph Aoun the Legion of Honor medal – officer grade, on behalf of the President of the French Republic Emmanuel MACRON, in the presence of the French Ambassador to Lebanon Mrs. Anne GRILLO.

During the ceremony, which was held on board the French frigate ACONIT, anchored in the port of Beirut, General LECOINTRE delivered a speech in which he praised General Aoun's leadership, noting his military competence, integrity and insightful vision. He pointed out that this tribute is proof of the strong ties of friendship and fraternity that unite the two armies, who are working within the same humanitary values ​​to maintain peace and stability. He added that the French army is working side by side with LAF, and the recent deployment of French forces alongside LAF after the blast of the port of Beirut, is proof of cooperation between them to help all the Lebanese.

For his part, General Aoun thanked General LECOINTRE, delegated by the French President for this occasion, and delivered a speech in which he praised the historical ties between Lebanon and France, and the French standing by its side in various important issues to secure support and help.

He added: "The fight against terrorism constitutes the most prominent challenges and threats that both countries share, threatening their stability and security". He also stressed the importance of French support in developing the capabilities of the military institution and the effective contribution to UNIFIL as a part of Resolution 1701 to maintain security and stability in southern regions."

In his speech, General Aoun expressed his thanks to the French authorities for helping Lebanon and LAF after the disaster of the Port of Beirut, stressing that receiving the Legion of Honor medal – officer grade is a great honor bestowed by the President of the French Republic, Emmanuel Macron, as well as an honor to the military institution that forms the backbone of Lebanon and the main pillar of stability.

He concluded: “Our priority is to protect the sovereignty and stability of Lebanon regardless of costs. The confidence of our people and the international community in us will remain our stimulus to preserve it. Coinciding with the centenary of Greater Lebanon, which France contibuted in declaring, we renew the pledge to protect our country, land and people, and defend it no matter the sacrifices”.

In the end, souvenirs were exchanged. 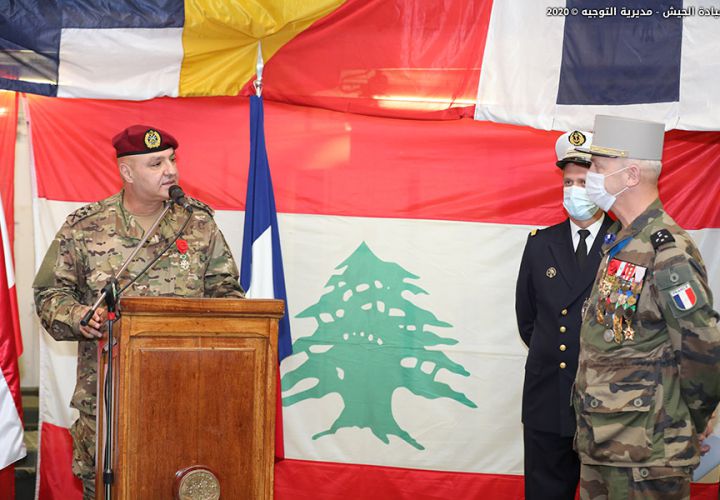 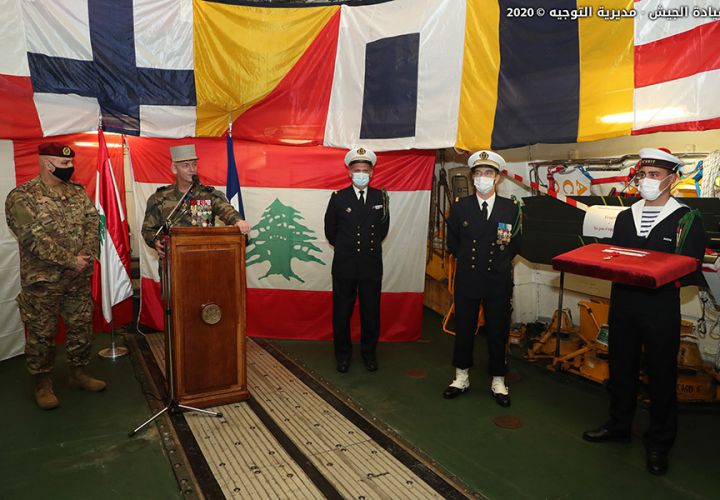 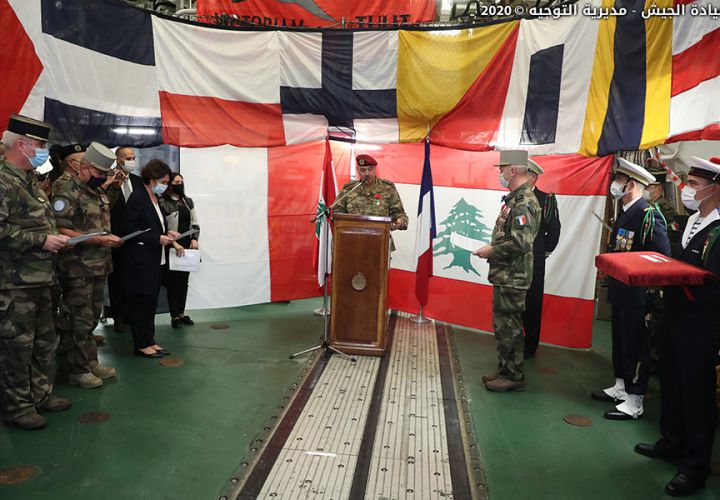 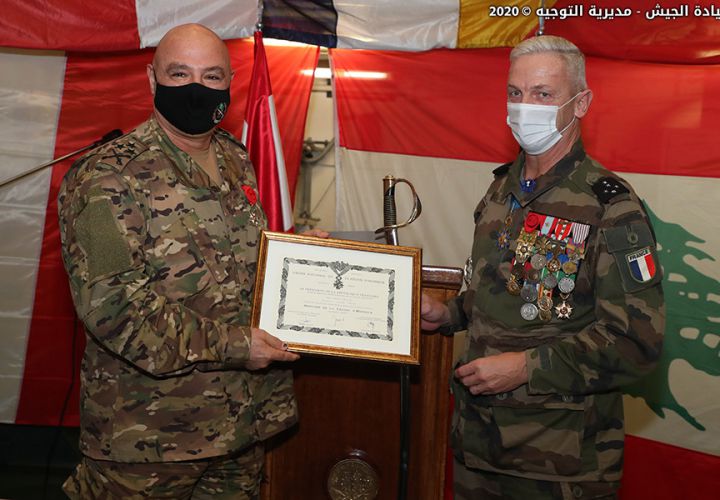 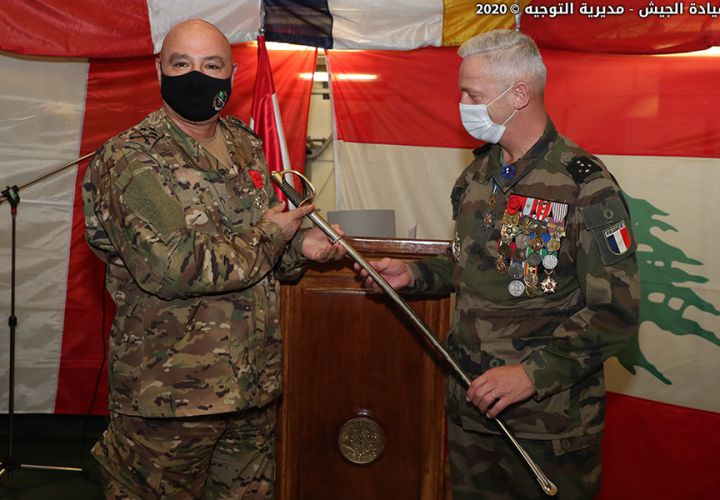 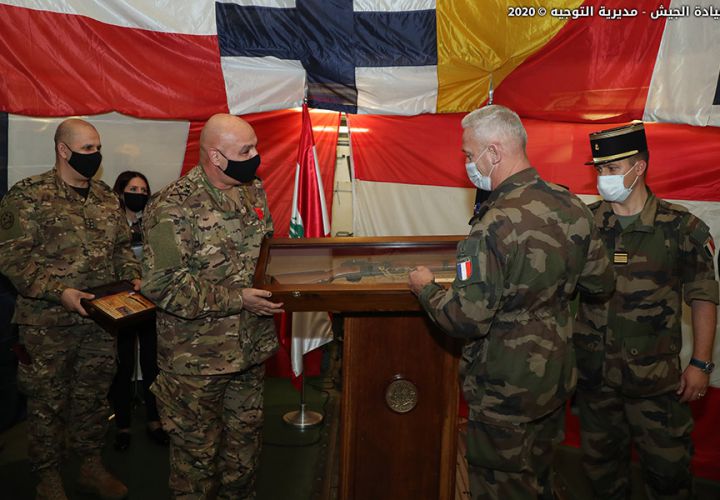 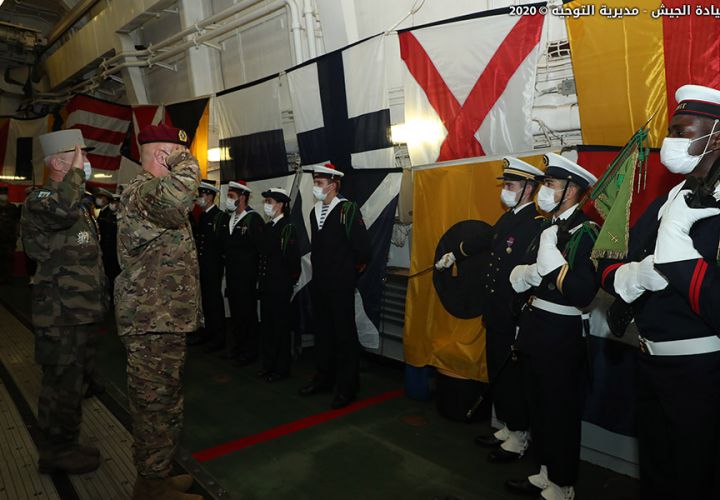 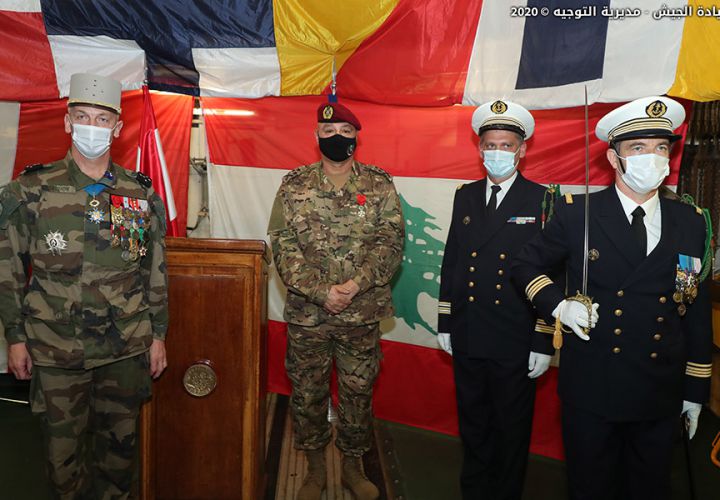