Cooperation agreement signed between the LAF and USJ

The LAF Headquarters – Yarzeh hosted this day a cooperation agreement between the LAF and the University of Saint Joseph in Beirut USJ. The agreement included facilities offered to LAF personnel and their family members. The LAF Commander General Joseph Aoun and the President of USJ father and professor Salim Dacache signed the agreement in the presence of LAF officers and a delegation of the university administration. Father Dacache confirmed that USJ will be putting its capabilities at the service of a fruitful cooperation with the LAF that is offering sacrifices for the sake of preserving Lebanon’s peace and stability.

In his turn, General Joseph Aoun thanked President Dacache for this initiative and praised the role USJ is playing as a prestigious university in graduating elite students who possess high scientific competences which enabled them to assume important positions. 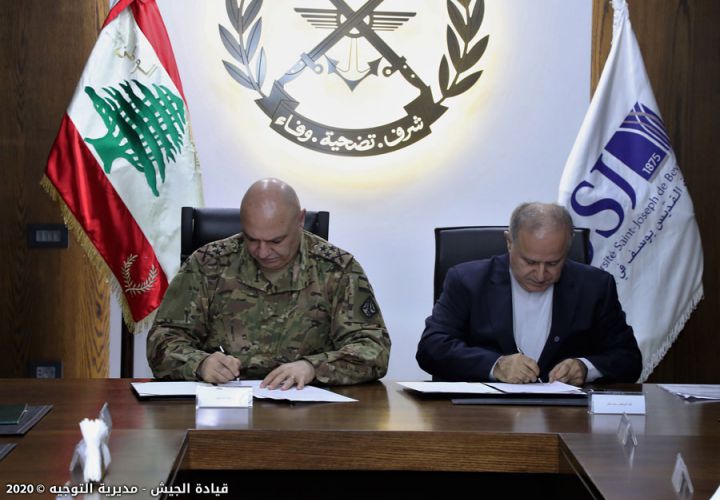 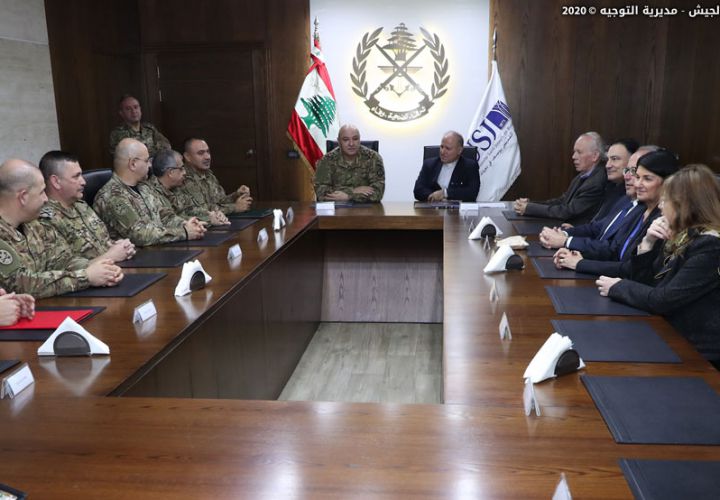 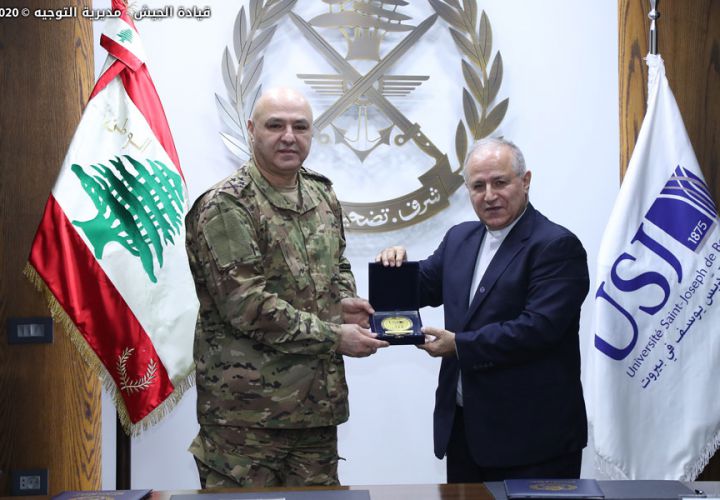 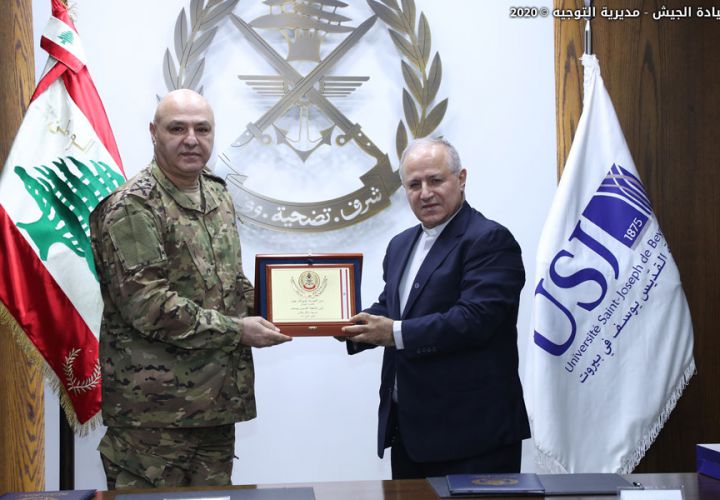 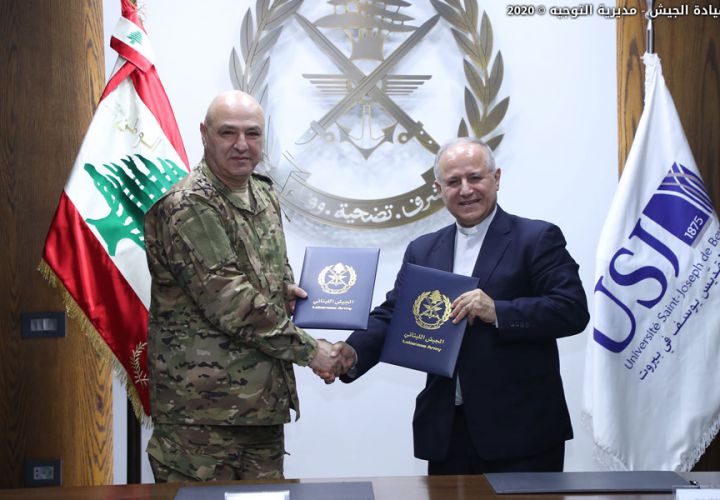 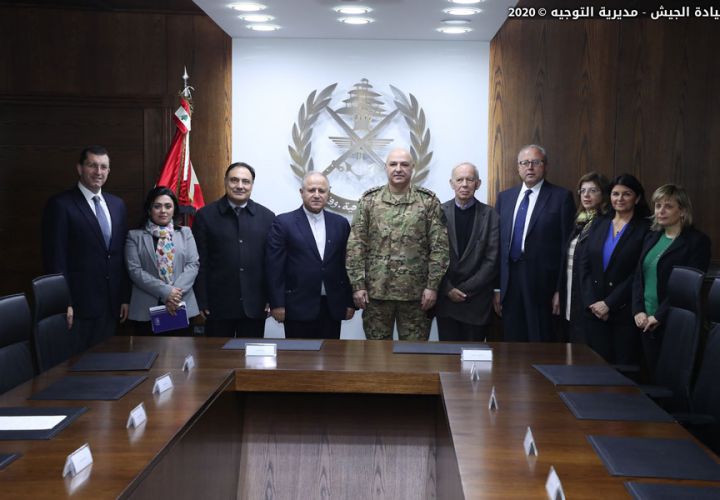