The Chief of Staff, Major General P.S.C. Amin Al-Erem, representing the Lebanese Army Commander in Chief General Joseph Aoun, presided over the graduation ceremony of the thirty-sixth staff course, which included officers from the army and security services and officers from the Arab countries at the Fouad Chehab Command and Staff College in Reihaniyah.
The ceremony was attended by representatives of the security services, national universities, diplomatic figures, a number of military attachés and former ministers, in addition to a number of officers and graduates' family members.
After distributing the certificates to the graduates, the course top student delivered a speech in which he said: “We are bound, we will not let any difficulties discourage us from performing our duties, and we will work with all our strength and the knowledge we are armed with, to raise the profile of our institution and our country. Their value is not affected by the variables”.
For his part, The top Arab student also said in his speech: “This course will be a beacon illuminating for us the stations of the long road ahead, where we will accept our future tasks and duties, armed with knowledge, experiences of our precedents, their approach to leadership and ways of dealing with situations, dilemmas and the duties of the staff officer.”
There was also a speech given by the officers of the Kingdom of Saudi Arabia, noting: “We spent about a year in this college, learning from it various military and civil sciences, and at all operational and strategic levels. It was truly an important station to enrich the intellectual and cognitive aspects of the students. Through this college, we learned the basics of military planning and its methods, and how to manage and lead the various types of joint operations, in a systematic and practical manner.
The college commander, Brigadier General P.S.C. Hassan Johnny, said: "The advantages and characteristics of an efficient contemporary leader nowadays require the most modern and advanced methods of education and training, in terms of approved curricula or teaching methods. This posed a challenge to the leadership of this college, which worked to confront it every possible way. One of our most important achievements was the signing of the master’s protocol with the Lebanese University, according to which the graduating officers will obtain a master’s degree in military sciences from the Lebanese University, which is an academic challenge that taken on and surpassed.”
Afterwards, General Amin El-Erem confirmed that training, both theoretical and practical, is the backbone of armies and the main criterion for determining their combat efficiency. He added: “The army is keeping its promise to defend Lebanon and fortify it from the dangers surrounding it, whether from the plans of the racist Israeli enemy, greedy for our land, water and resources, or from the schemes of terrorism. The army’s firm military doctrine, the unification of the Lebanese around it, and its absolute commitment to sacrifice regardless of the cost so that Lebanon remains proud, give it the strength and cohesion to continue defending every grain of our national soil, and preserve security and stability and internal peace.”
He concluded by congratulating the graduates and commending the efforts of the trained officers and university professors. 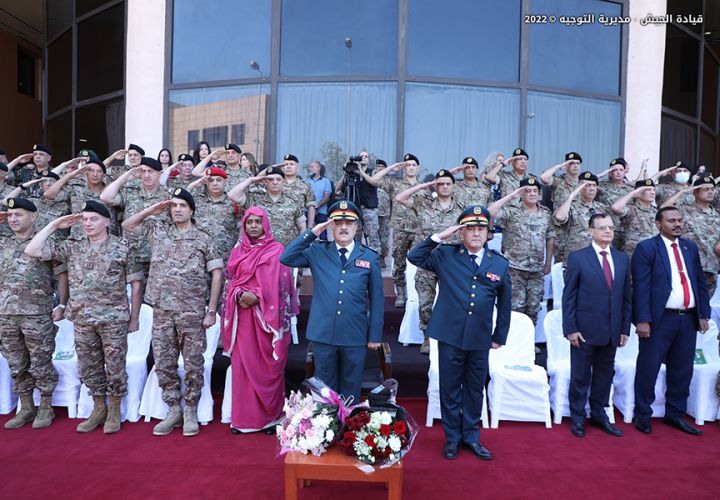 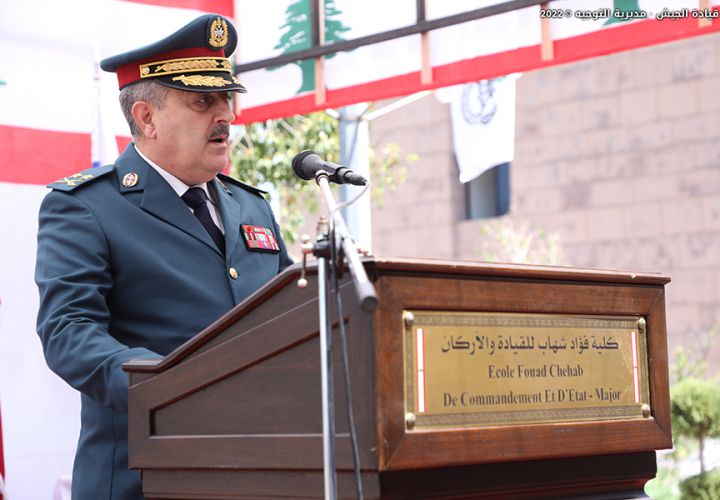 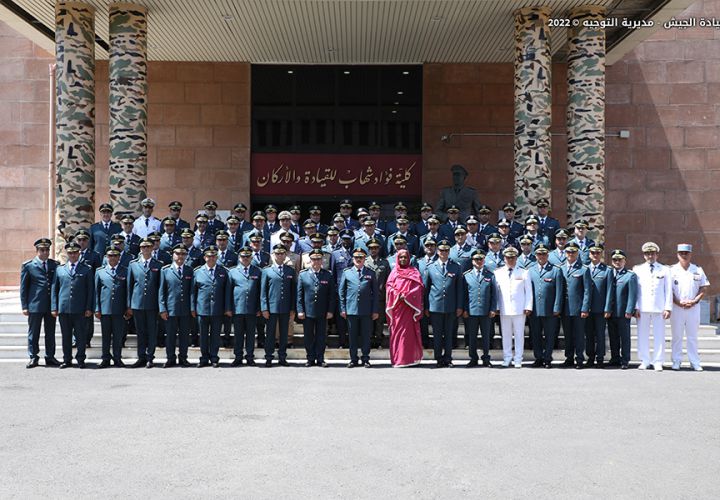 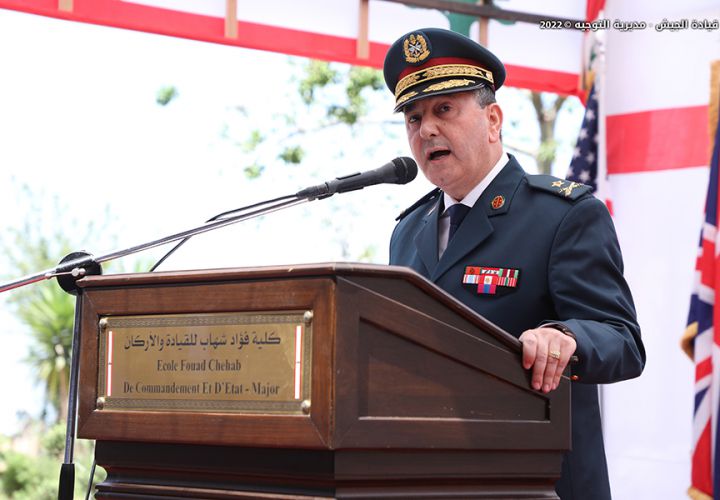 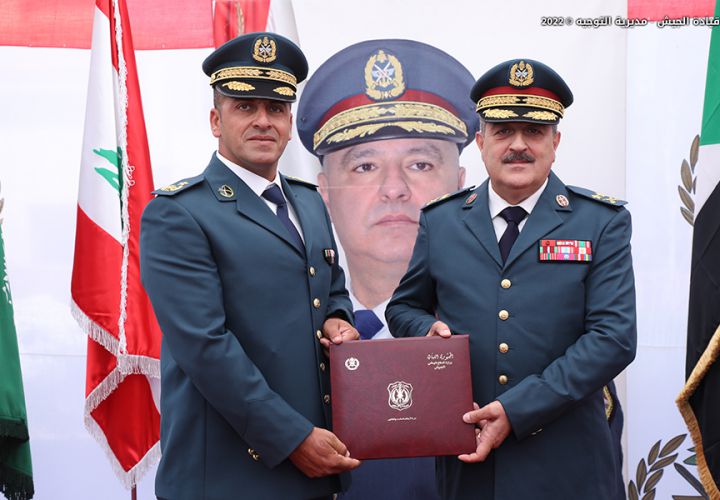 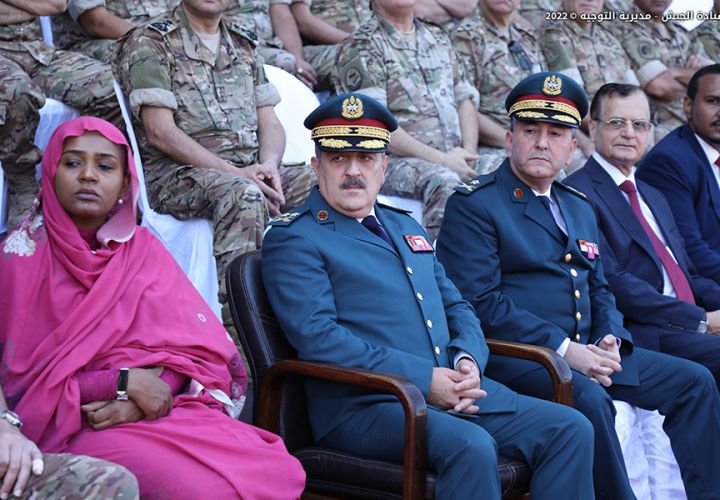 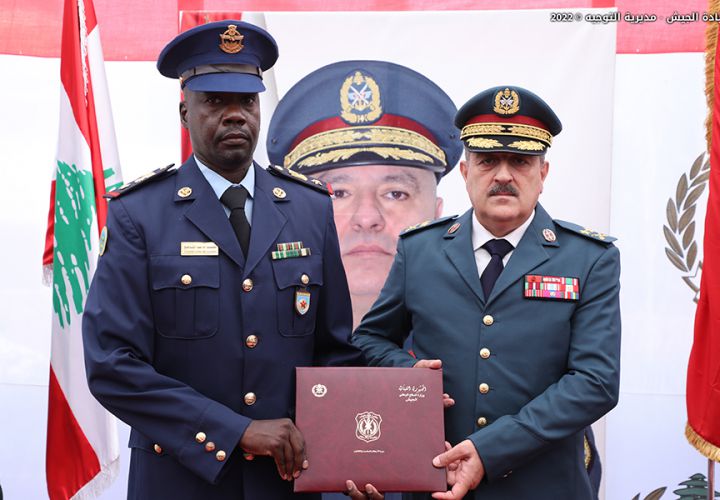 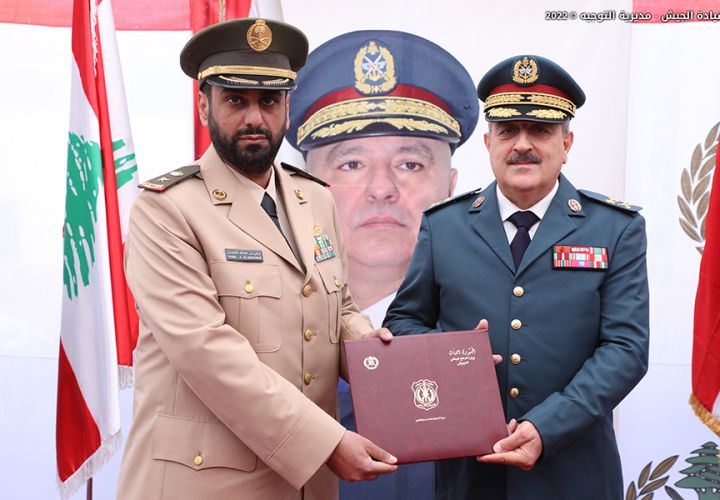