The Armed Forces Commander General Joseph Aoun presided in Yarzeh today the honoring ceremony of the Secretary General of the Higher Defense council Major General P.S.C Saadallah el Hamad on the occasion of his retirement. The ceremony was attended by the members of the military council and a number of high ranked officers. General Aoun delivered a speech on the occasion in which he commended the journey of Major General P.S.C el Hamad who left bright marks in the different positions he has occupied, up until the membership in the military council. General Aoun considered that Major General el Hamad was never reluctant in exerting the most intensive efforts in performing his duty towards the military institution and the nation, thus proving his competence in assuming leadership responsibilities and enriching the LAF with his expertise and culture.

Major General P.S.C also delivered a speech in which he expressed his appreciation to the Armed Forces Commander, the officers and the soldiers for their love and trust for the sincere enthusiasm and outstanding cooperation they have shown during the challenges that have faced the LAF. Major General el Hamad confirmed that his trust in the military institution will keep its promise in light of its wise command and its brave men, the men of Honor, Sacrifice and Loyalty.

In the end, General Aoun offered Major General el Hamad the LAF shield as a token of gratitude and appreciation. 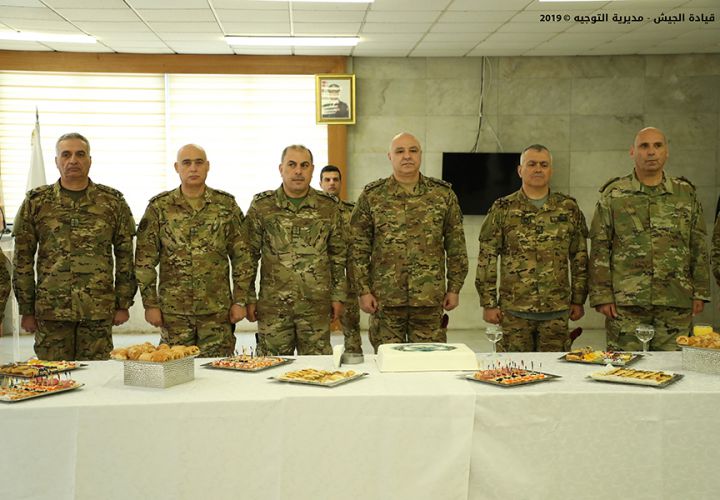 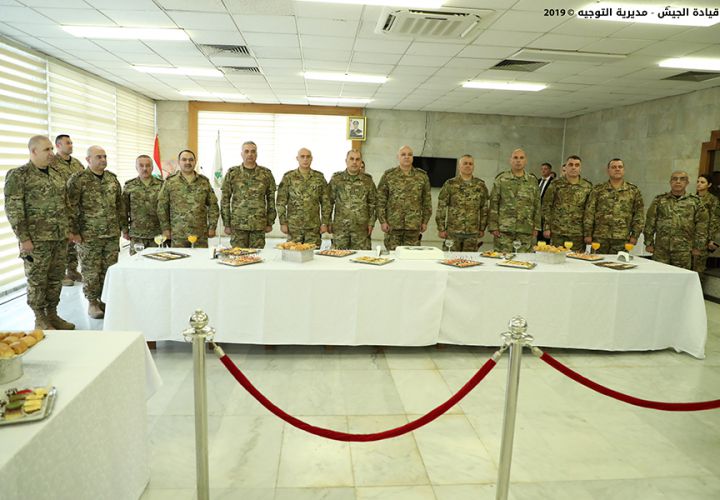 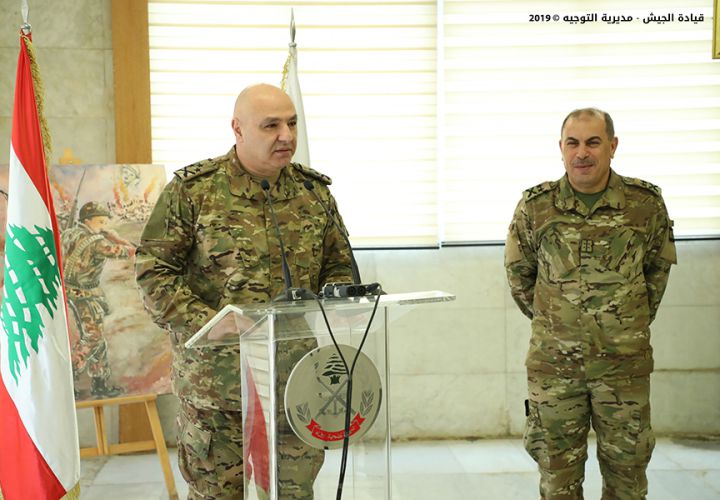 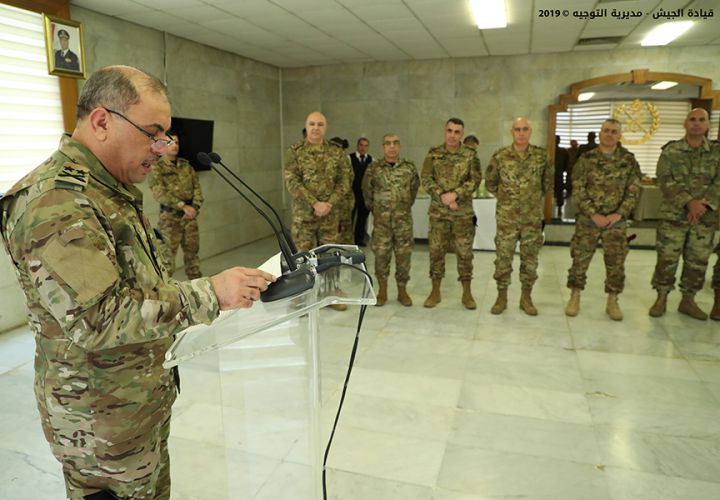 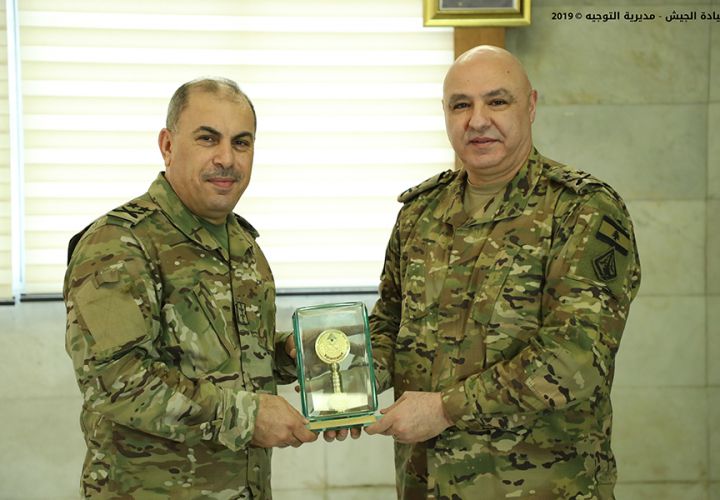