The Engineering Regiment Headquarters hosted this morning the handover ceremony of military protective equipment against WMDs offered as a donation from the Italian authorities to the LAF. The LAF Deputy Chief of Staff for Equipment Brigadier General P.S.C Ziad Nasr represented LAF Commander General Aoun in the ceremony which was attended by the Ambassador of Italy to Lebanon Ms. Nicoletta Bombardiere and a number of LAF officers. Ambassador Bombardiere stressed the importance of the ongoing cooperation between both armies and expressed her country’s commitment to keep on providing military assistance to the LAF. Brigadier General P.S.C Ziad Nasr delivered a speech in which he said “The assistance that we are receiving today as a donation from the friend Italian authorities and consisting of military protective equipment against WMDs is an added value that increases the LAF’s defensive capabilities and forms a necessary support element in the frame of enhancing the potential of our army and makes it ready, more than ever, to confront the challenges of the future.”

At the end of the ceremony, Brigadier General P.S.C Ziad Nasr read an appreciation letter addressed by General Aoun and delivered it to Ambassador Bombardiere in addition to the LAF Commemorative shield as a token of appreciation for her efforts in this regard. 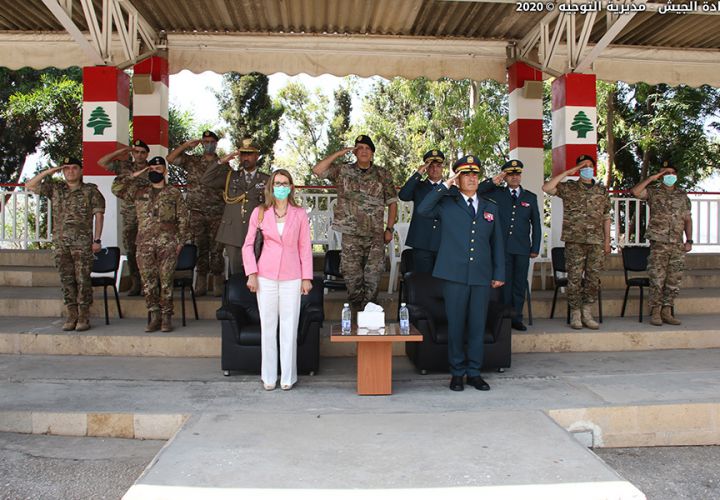 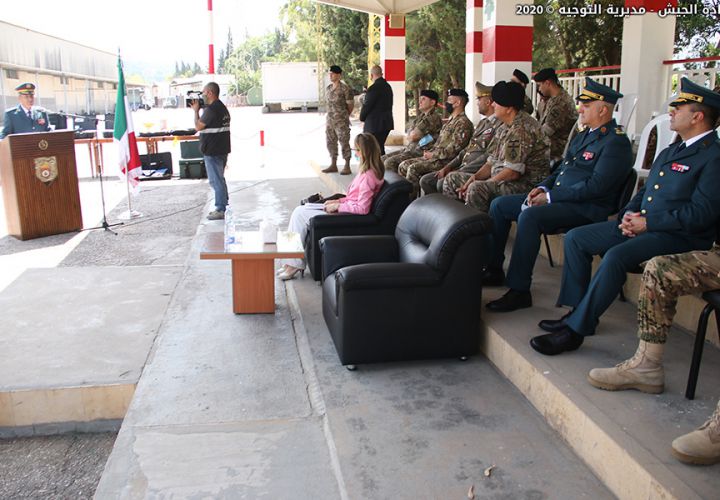 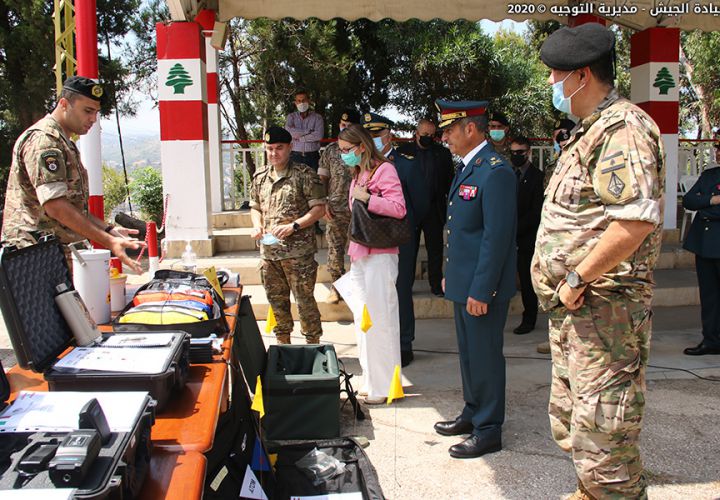 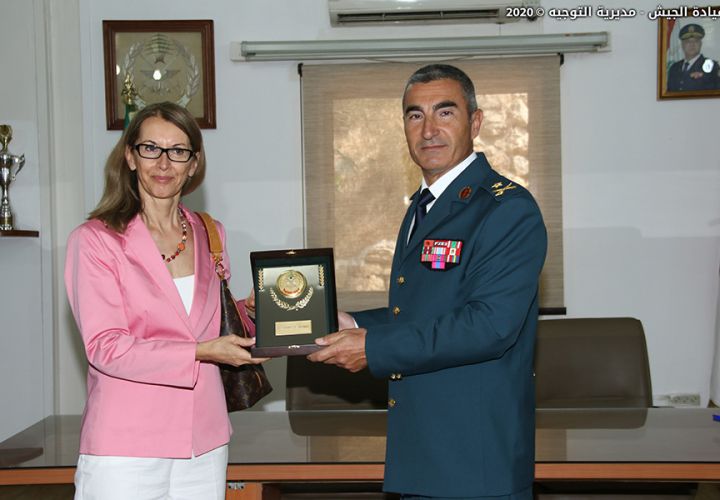 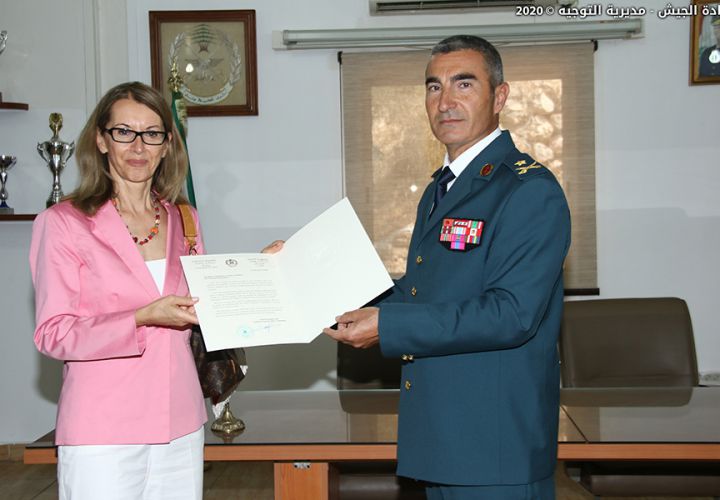