The Army Command – Directorate of Orientation declares the sad demise of Sergeant Toufic Naim Bou Maroun who passed away in the region between the towns of Maasrayti and Rechmaya due to a car accident while performing his military duty. The following information present a brief summary of his life and military career:

The body of the deceased will be transported from the Central Military Hospital on 28/6/2020 at 9:30 to the residence of the deceased in Mazraat-el-Naher – District of Aley. The body will be transported afterwards to the Heart of Jesus church in the town of el-Bireh – District of Shouf where the funeral will take place on the same day at 16:00 in the cemetery of the mentioned town. 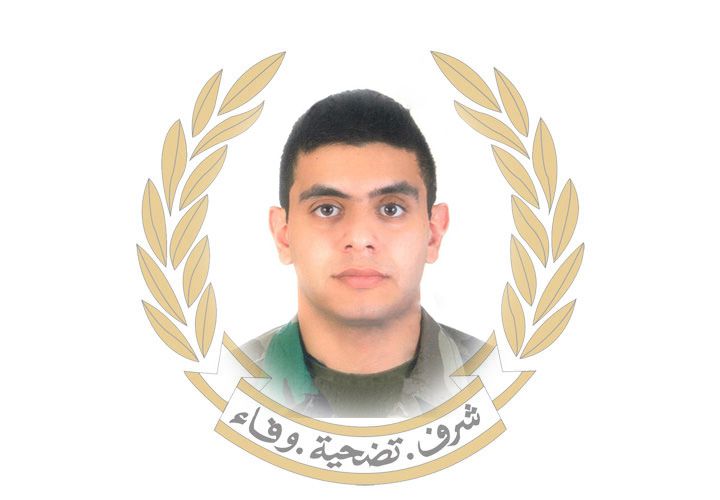