Visit of the Chief of French Army Staff to LAF

LAF Commander in chief General Joseph Aoun received in his office in Yarzeh, the Chief of French Army Staff General François LECOINTRE who is on an official visit to Lebanon, accompanied by the French Ambassador to Lebanon Mrs. Anne GRILLO and a French delegation.
After the ceremony that was performed by a group of soldiers in the presence of several command officers, a wreath of flowers was laid on the Unknown Soldier Monument at the Ministry of National Defense.
Then a meeting was held in the office of LAF commander, during which discussions focused on bilateral relations between the armies of the two countries and ways to enhance them. A memorandum of mutual agreement was signed to develop the capabilities of LAF.
In the command operations room, the LAF Commander in Chief and the Chief of French Army Staff listened to a presentation about the missions carried out by LAF throughout Lebanese territory, in addition to the work done following the Port of Beirut blast. 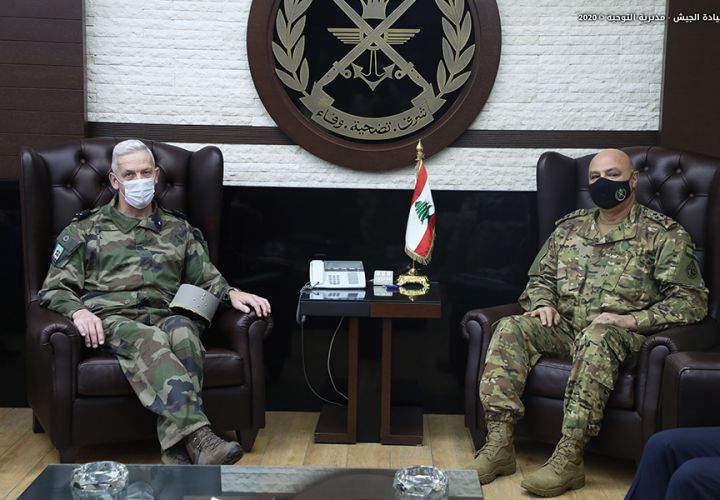 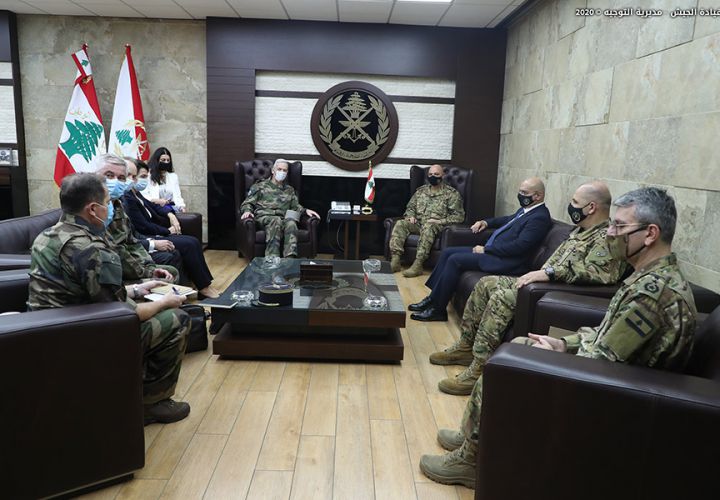 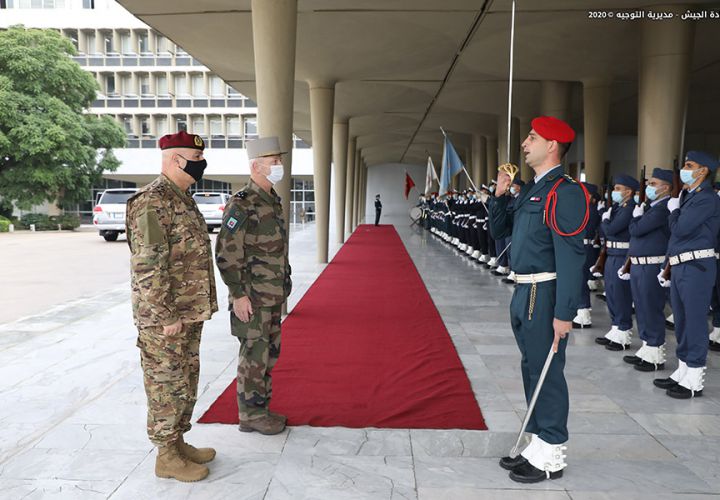 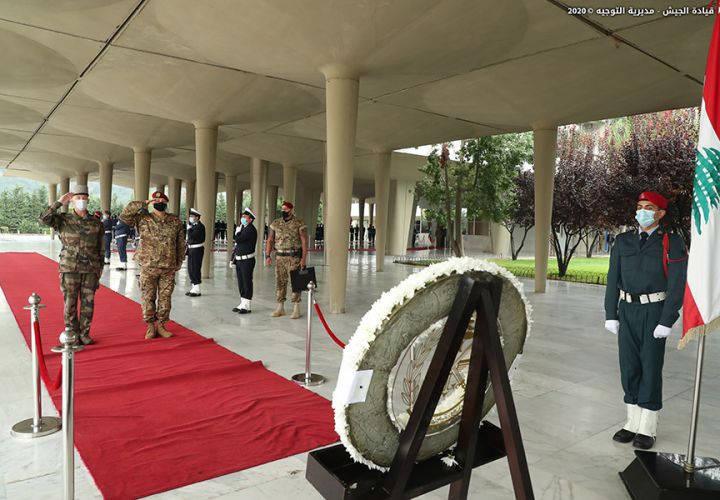 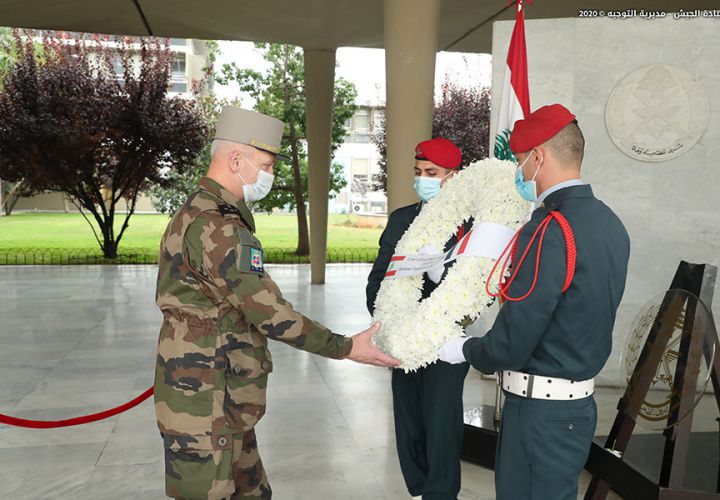 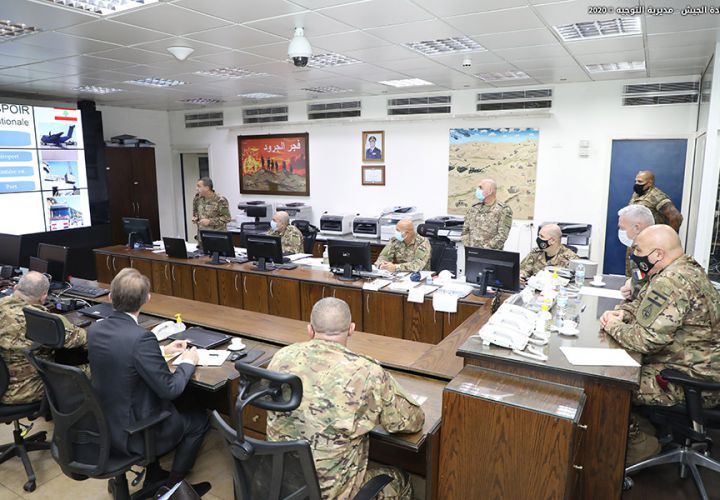 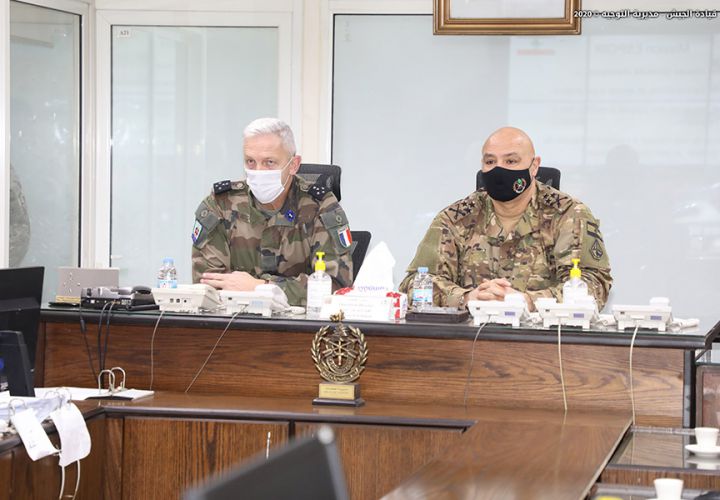 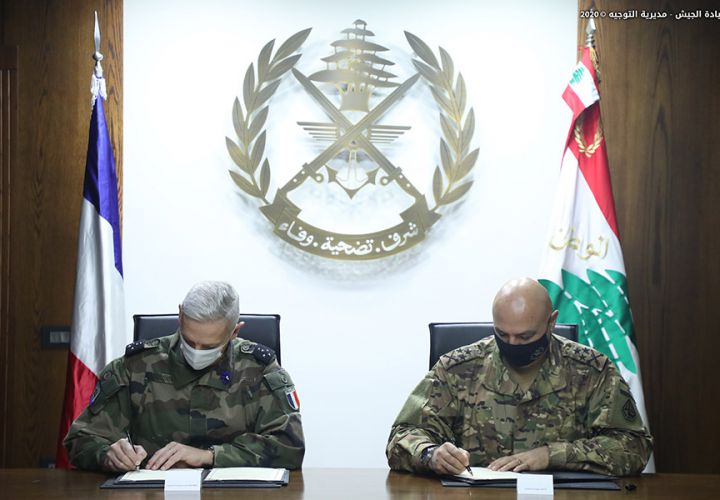 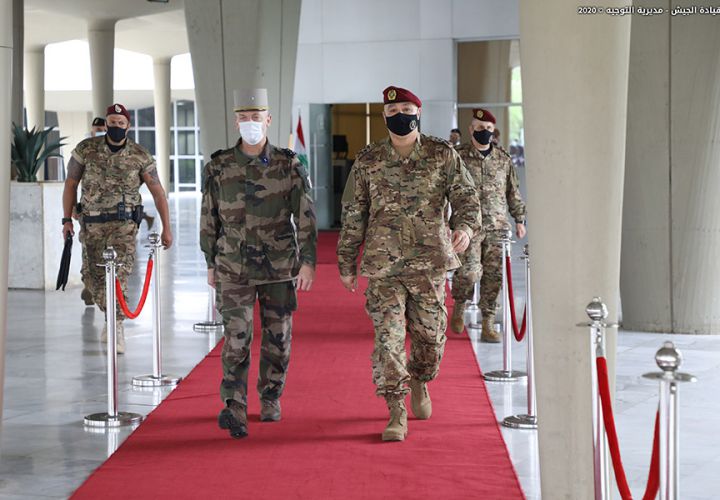 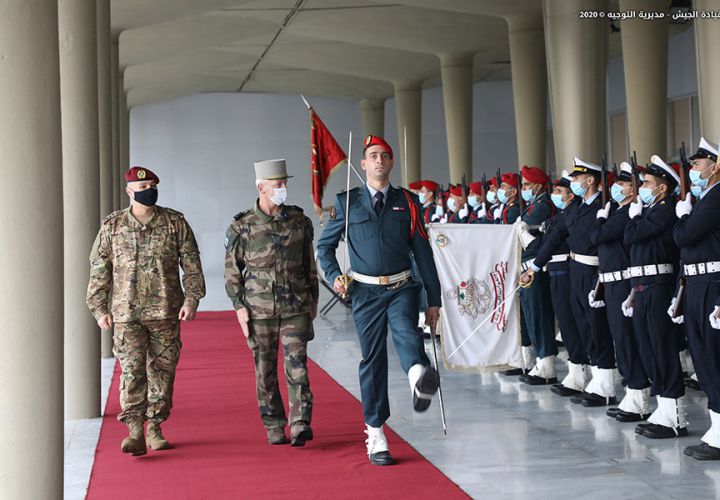