The Lebanese Army Commander in Chief General Joseph Aoun received in his office in Yarzeh the US mediator tasked to hold indirect negotiations to demarcate the southern maritime border, Mr. Amos Hochstein in the presence of the United States Ambassador to Lebanon Mrs. Dorothy Shea. Discussions during the visit covered the demarcation of the maritime borders.

Hochstein briefed General Aoun on the latest developments in the file. On the other hand, the Army Commander reiterated the Military Institution's commitment to any decision taken by the political authority in this regard, hoping that the negotiations would reach the desired results for the interest of Lebanon. 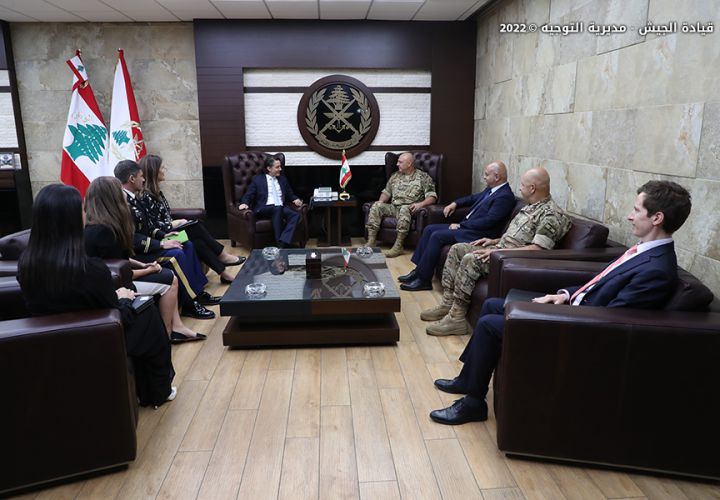