Visitors of the LAF Commander

LAF Commander General Jean Kahwagi received in his office in Yarzeh the Commander of the central US Command General Joseph Votel, who was heading an accompanying delegation, with the presence of US ambassador Ms. Elizabeth Richard where they discussed the bilateral relations between both armies as well as the needs of the LAF in weapons and modern equipment in order to secure Lebanon from the danger of terrorist organizations and crises that the region is witnessing.

General Kahwagi extended his appreciation to the US army Command as well as the US authorities for the qualitative military aid offered to the LAF. Moreover, General Kahwagi expressed his deep gratitude in General Votel’s personal interest in the situation of the Lebanese military institution as well as his cooperation in boosting its combat capabilities.

Furthermore, General Votel stated that the security partnership between both friend armies is very strong. General Votel also expressed his country’s confidence in the competence of the LAF as well as its admiration to the accomplishments of the LAF in fighting terrorism, border control and preserving Lebanon’s stability and confirmed the will to proceed with the bilateral cooperation in different fields, particularly in supporting the special forces of the LAF.

The happenings of the conference

General Joseph Votel held a press conference at the officer’s club – Yarzeh with the presence of the LAF Commander General Jean Kahwagi and several officers as well as Ambassador Richard. The conference included the following:

“Thank you, General for hosting us today and it’s great to be back again in Lebanon and great to see you again. Let me personally thank you for your leadership and for your strong partnership over a long period of time. We’ve always had deep respect for you and great appreciation for this great relationship.

Ladies and gentlemen, it’s great to be back here in Lebanon. We had really great meetings so far and we had a chance to meet General Kahwagi. We also met with the minister of Defense.

We just came from the presidential palace and we had the chance to meet with the president where he was involved in good discussions today. Wgat I had an opportunity to do is share our impressions of the great partnership and great work going on with the LAF and I’m able to thank all these leaders for the great work that the LAF are doing in combatting the Islamic State – “DAESH” up along their border.”

Concerning the safe zones that have recently been discussed by the US authorities, General Votel pointed out that “the idea of the safe zones is obviously a viable concept and as I’m aware there are discussions about this idea, there’s a variety of options for how to look at safe zones. Certainly, you’ve got to have all the resources that are required for those, depending on what we are trying to accomplish, if we truly have to go and establish security, then we need to have the proper military resources to achieve that and enforce that. There are already some other models that we can look at, areas that have already been secured that already got humanitarian aid and now there are stabilization activities ongoing, reinforcement laws may be an option. I think there is a lot of work left to be done on this and I know that these discussions and planning remain on the way.

I think in terms of the things we could do to partner with the LAF, we had a very good relationship with the Special Forces and we have been able to work and develop some of their capabilities further and we’ve been able to help with the integration of the maneuver with some of their surveillance system that they have taken on board and certainly we are working with them for more effective integration of fire support platforms into their operations.

We are looking at a variety of programs in conjunction with the LAF, most recently with the AC20 aircrafts, the CESNA versions and the A29 Supertucanos in the future. These are important programs that enhance their capabilities and I’m pretty pleased with the approach we are making. It is not just about the equipment, but also about making sure that their crews are fully trained and there is the ability to sustain these systems for the long term. 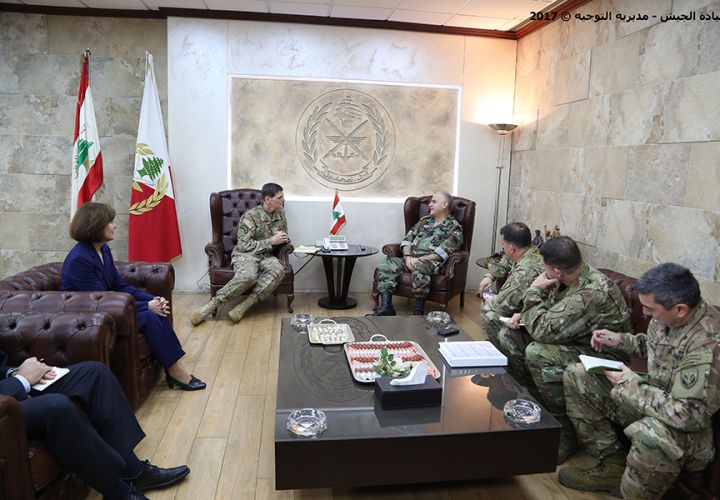 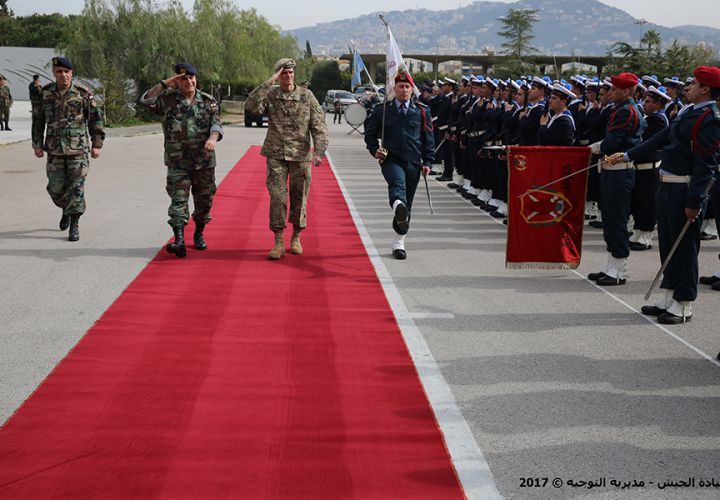