The emblem:
The emblem consists of a shining sun on the upper part and a red color setting on the lower part. The first upper part symbolizes hope, sovereignty, light and radiance, the lower part symbolizes sacrifice. In the heart of the sun stands a map of Lebanon with a Lebanese flag on top forming both the number (2). Within the red blood setting in the lower part, the name “2nd Brigade” is written with the insignias of the brigade, symbolizing readiness to sacrifice for the sake of Lebanon. 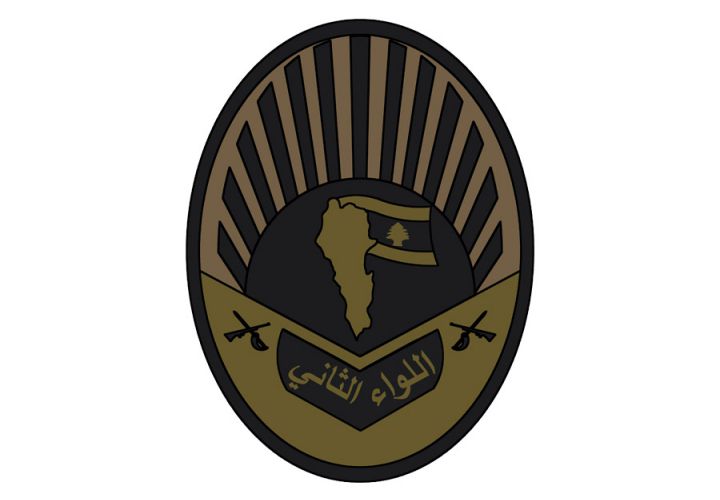 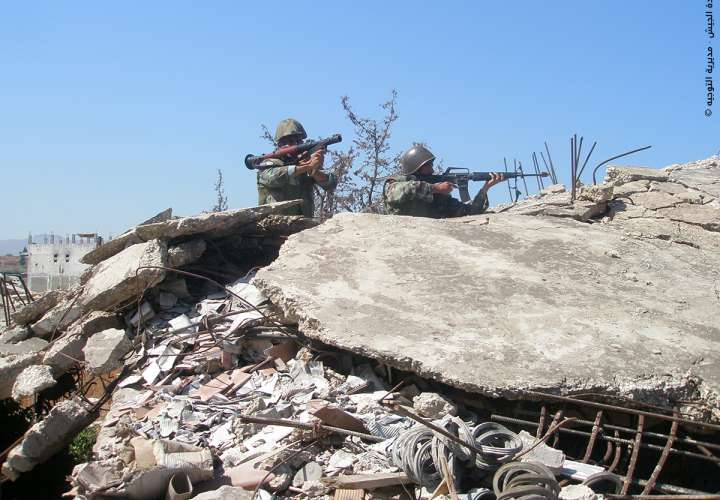