The emblem:
The emblem consists of the silver sword of right and force emerging from the brown soil of the country, held firmly by hands of 3rd brigade warriors in defense of their home land. The sword is embraced with the flame of sacrifice which enlightens our blue sky and burns the enemy with its blazes, so that our green cedar remains eternal, uniting us in its heart, same as Indian numeral (3) appears in the heart of the cedar. The emblem bears the motto “our land is ours”. 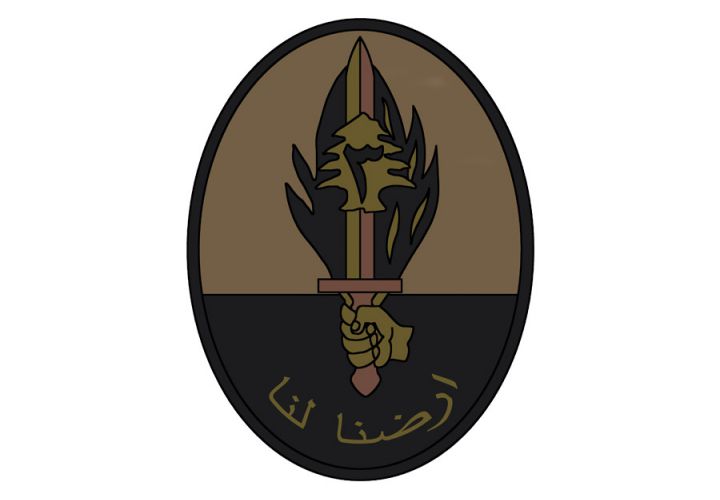